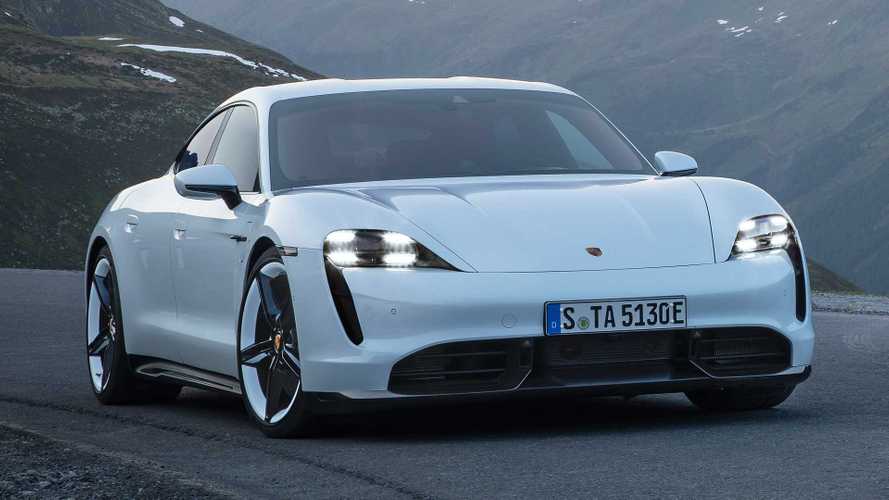 The EV battle at the Nurburgring could get even hotter in the future.

The Tesla Model S has allegedly beat the Porsche Taycan's 7:42 four-door EV lap record around the Nürburgring Nordschleife. However, the German brand kept an ace up its sleeve as if the company was ready for a challenger. The Taycan that ran the 'Ring was a Turbo model, according to Car and Driver speaking with the model's product line vice president Stefan Weckbach. This leaves the possibility of using the more powerful Turbo S if Porsche wants to attempt an even quicker time.

Get The Latest News On This Burgeoning Rivalry:

Tesla Using Diesel Generators To Charge Cars At The 'Ring
⠀

The reason for Porsche using a Turbo, rather than a Turbo S, for the Nürburgring run is a mystery. Car and Driver speculates that the answer might be that the two models would have the same time. The EV's powertrain doesn't allow the Taycan to produce its maximum output all of the time, so the Turbo S' extra power might not be available for most of the lap and not make much of a difference on the 12.8-mile (20.6-kilometer) course.

The latest rumors indicate Tesla's modified Model S is able to lap the track in around 7:23 – 19 seconds quicker than the Taycan. The company intends to make an official run soon and has three racing drivers at the 'Ring for the effort. The tweaks to the car reportedly include powertrain modifications, revised bodywork, and sticky tires. In order to challenge the Porsche's production vehicle record, Tesla needs to sell these upgrades to the public, too.