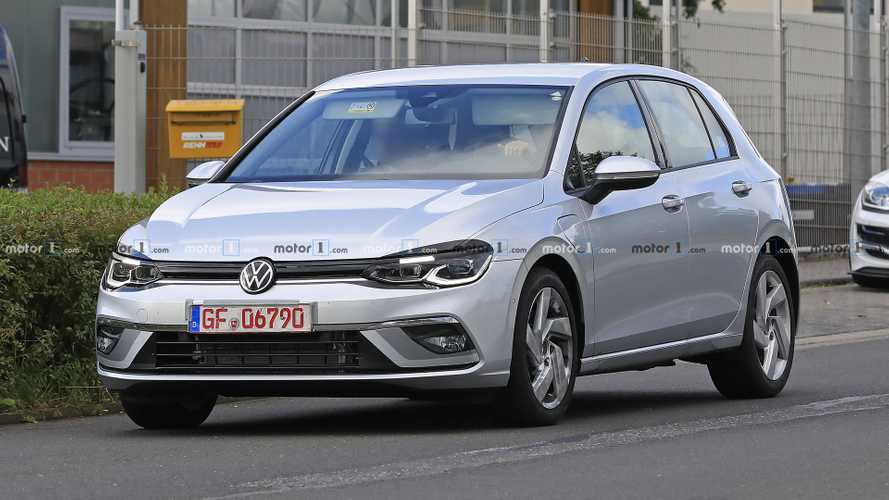 Looks like someone has forgotten to close the fuel cap.

Just weeks before its official debut, the next-generation Volkswagen Golf is back in another batch of spy photos. Just like the previous time, these new shots show the electrified GTE version wearing almost no camouflage.

While the disguise is minimal, it’s used very smartly. If you take a closer look at the headlights, you’ll notice their actual shape is very different from what the camouflage tape makes you think. The front light units will be sleeker than what you see in these photos and will extend into the front fenders. That’s also not the final shape and design of the bumper, but VW's new corporate logo is sitting proudly in the middle.

It’s a similar story at the back – that’s probably the final shape of the taillights but the graphics will definitely be modified. Again, the bumper has some kind of camouflage (body-colored tape) on the lower diffuser and what appear to be fake exhaust tips.

As mentioned above, this is the hybridized GTE model, which should arrive at some point after the launch of the regular Golf hatch. As seen in the spy photos, the charging port will be located on the front left fender, while the fuel cap, which is open on this prototype for some reason, is on the rear right fender.

Speaking of the standard Golf MK8, don’t expect to see it in the United States. Volkswagen will export the car to the Canadian market, but south of the border we’ll be getting only the Golf GTI and Golf R performance hatches. Not that we are complaining…

The wraps will finally come off in October this year with European sales scheduled to kick off before the year’s end. The first to arrive will be the Golf hatch, followed by the wagon model and the spied GTE. The Sportsvan will not return for the new generation.