Ford Bronco Reportedly Getting Slew Of Yakima Accessories At Launch

The two companies already have a relationship for Ranger and Explorer accessories.

The Ford Bronco is coming, but if the rumor mill is correct, we’re still more than a year away from seeing the full-sizer revealed. Mind you, that’s just the reveal – production models probably won’t be in dealerships until 2021. Never the less, there’s considerable excitement over the return of this storied off-roading nameplate, and apparently its already driving at least one aftermarket company to build a line of Bronco accessories.

A report from Muscle Cars & Trucks says Yakima is working on Bronco bits that will launch along with the reborn off-roader. That might seem rather strange considering we haven’t even seen production-ready prototypes on the road, but there’s a method to the madness. Yakima has a business relationship with Ford that, among other things, includes accessories for the midsize Ranger pickup. As such, when the Bronco hits dealerships, buyers will instantly have access to dealer-installed items such as bike racks, cargo carriers, and possibly even a tent. In theory of course, as this information cannot yet be confirmed.

It certainly makes sense, though. Ford is aiming the Bronco squarely at the Jeep Wrangler, a vehicle as famous for its limitless factory and aftermarket accessories as its off-road prowess. If Ford hopes to make a dent in Jeep’s market share, it will need to step out of the gate swinging. Offering up a range of ready-to-install add-ons certainly adds some force to the punch. 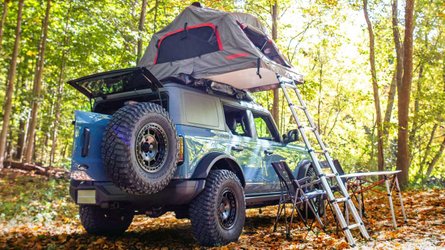 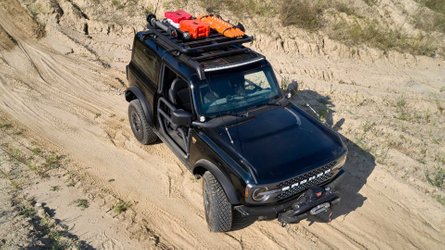 Whether any such items will be offered for the so-called baby Bronco is unclear. That vehicle – which could be called the Bronco Sport – is based on the new Escape compact crossover and is well on its way to a public debut. We’ve seen production-based prototypes out and about, and an anonymous source tipped us off to a debut timeline that has Ford pulling the covers off the small SUV early next year.

That source also told us the new F-150 would follow midway through 2020, with the big Bronco showing up early in 2021. From what we’ve heard in the general rumor mill, this alleged schedule seems legit.