One GMC Vehicle Isn't Getting AT4 Variant, But It Should 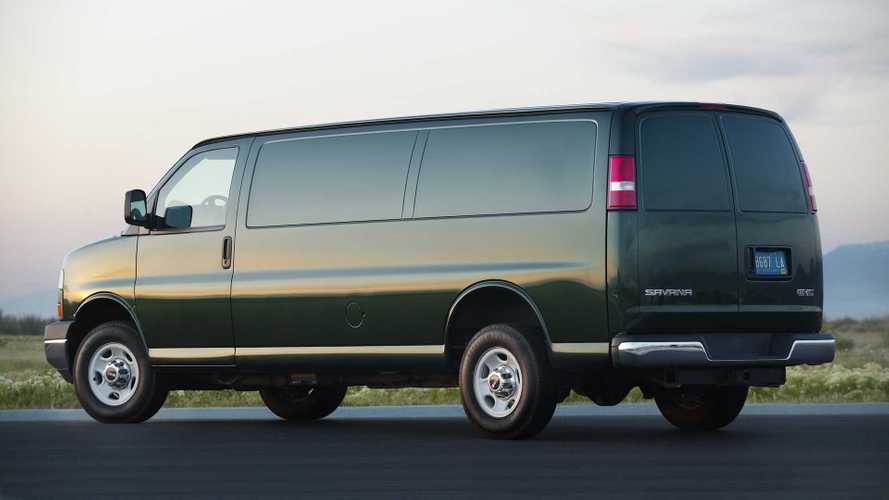 The older-than-dirt Savana could find new life as an off-road, overlanding camper van.

GMC is planning to launch off-road-ready AT4 variants across its entire lineup over the next few years, but one vehicle is being left out. GM Authority has confirmed with GMC that the Savana full-size commercial and passenger vans will not be getting AT4 versions.

The reason? GMC says the Savana is part of its fleet business, and when it says "whole lineup," it means the brand's retail customer model range alone.

We don't begrudge GMC this decision, but it's the wrong one. Yes, the Savana is ancient. In fact, it went on sale in 1995 along with its mechanically identical cousin, the Chevy Express. In our recent list of oldest vehicles still on sale today, the two vans came in second place to their last remaining competitor: the Ford E-Series. But much like the E-Series has remained alive thanks to a number of uses Ford never intended it for, the Savana still has untapped potential that an AT4 trim could unlock.

To wit, what began with RVs and evolved into #vanlife has now sprung a new offshoot called overlanding. Overlanding is basically #vanlife that occurs off the beaten path and unhooked from utilities. It's off-roading your home-on-wheels to a spot where RVs can't follow, and staying as long as your water and food supplies last.

Overlanding vehicles can, and are, made out of anything, from Jeeps to Land Rovers to decommissioned Soviet-era troop transporters. And while some automakers have given a wink and a nod to the movement with concepts like the Jeep Gladiator Wayout Overlander Concept and option packages like the Explorer Pack available on the new Land Rover Defender, no automaker has produced and sold an off-road-ready overlanding vehicle from the factory.

The Savana AT4 could be that vehicle. The Overlanding crowd isn't a posh bunch of people, so the Savana's age and lack of modern technology wouldn't bother them (indeed, it might be a turn on). And all GMC would need to do is give the Savana a suspension lift, add appropriate off-road wheels and tires, and offer four-wheel drive. The rear of the van could be sold completely empty, cargo van-style, ready to be built out by the buyer to his or her own tastes.

Unfortunately, none of this will ever happen. GMC will likely continue selling the Savana and Express as long as there are commercial fleet managers looking for the cheapest box on wheels they can buy. Wouldn't it be cool, though, if the Savana were more than a plumber's van? A Savana AT4 would be an overlander's empty canvas, and we bet some amazing mechanical art would be built with it.