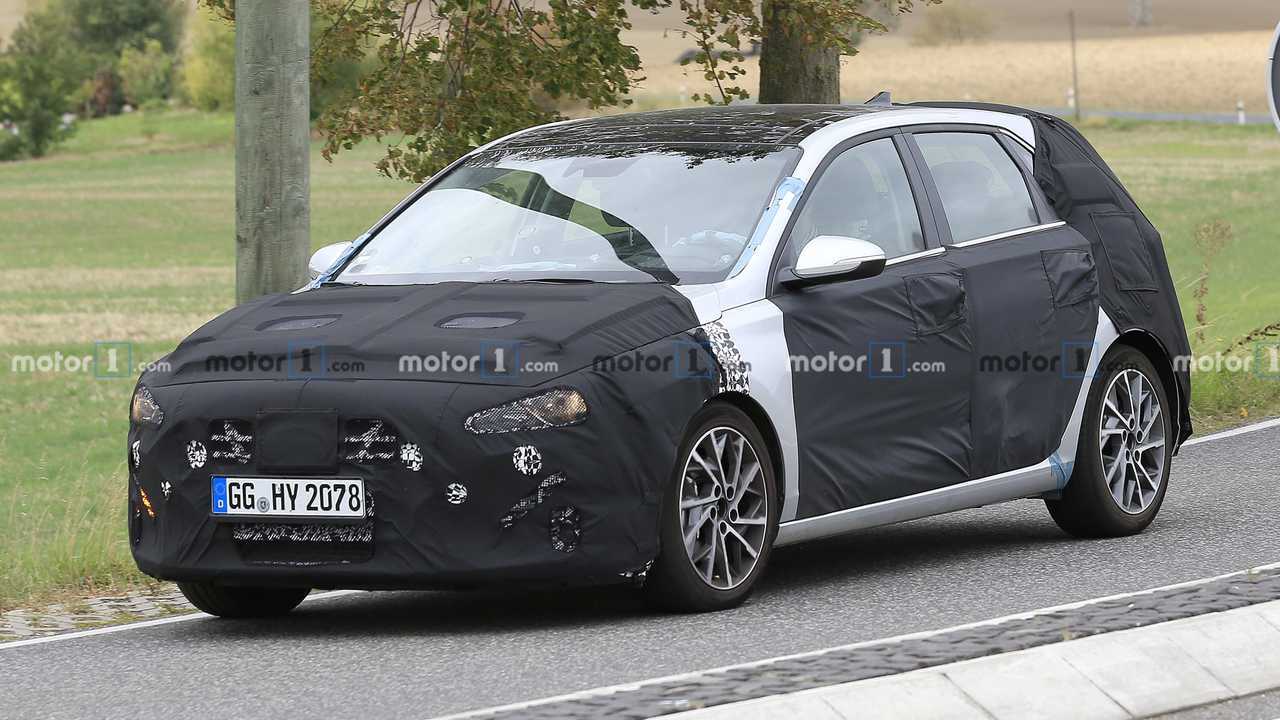 The covers actually reveal body lines on the front fascia.

Spy photographers caught up with another Hyundai i30 hatchback prototype testing on the street, still wearing quite a bit of camouflage. In fact, this particular vehicle is covering up more than what we saw from our previous sighting a couple of weeks ago. In addition to camo wrap on the front clip, this model also wears a heavy tarp but there's an interesting plot twist here. In some respects, the extra layer actually reveals a bit more about what’s beneath.

We know the front fascia is getting a nip and tuck, and we also know the basic Hyundai design language with its large grille will endure. The bare camo wrap works well to obscure body lines, but the wind is stretching the black cover on this prototype hard enough to actually reveal some of those new edges. The long lower vent at the bottom of the fascia shows some definitive breaks beneath the grille. The driving lamp housings have a different shape, and as for that grille, it looks to be a touch larger compared to the current model. That wouldn’t be any surprise considering the current size-matters trend among automakers.

As with the prototype we caught in early September, this one sports a massive extension at the rear glass to mimic a wagon look. It’s just the five-door, however, and these photos give us a decent look at the new LED lenses this car will get, at least on certain trim levels. The lenses appear to be considerably slimmer, mounted into a rear liftgate that retains at least some of the curves and edges of the current model. There’s also a fresh rear fascia with reflectors mounted lower, parallel to the number plate as opposed to above it. Bodyline changes to the doors and hood could account for the additional camouflage, though it could also be a red herring.

The rumor mill has been absolutely silent on changes to the interior or powertrain. At this point we expect both areas to carry over with little-to-no differences. The current i30 debuted for the 2017 model year, so interior trim updates and added technology are safe bets. A bit more power under the hood could happen as well.

Likewise, we’re in the dark as to when the facelifted model could arrive. A reveal sometime in 2020 for the 2021 model year is presently our best guess.