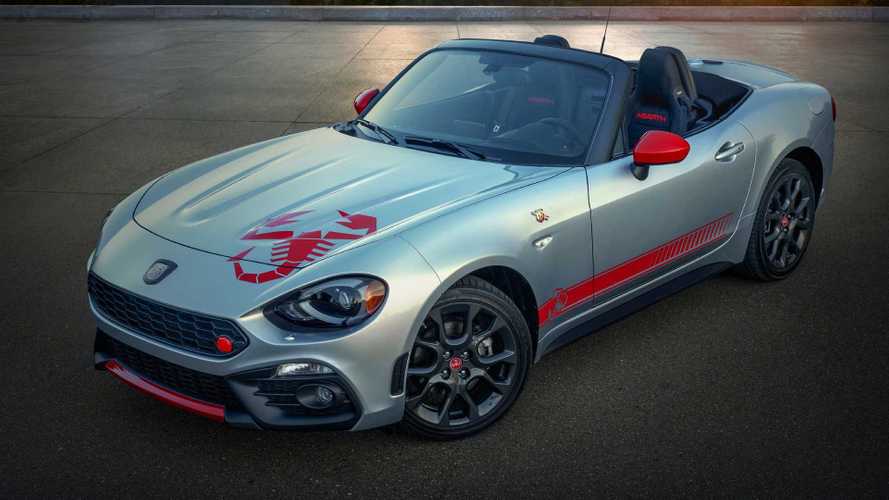 In celebration of Abarth’s 70th anniversary, as well as Fiat’s 120th, the 2020 Fiat 124 Abarth adds a new Scorpion Sting graphics package to its options sheet. The $395 add-on, which looks exactly what it reads like, adds a massive, red scorpion decal to the 124's hood and a pair of red stripes to its sides. The low-mounted stripes also include scorpion graphics, because this is the Scorpion Sting graphics package, after all.

With a base price of less than $30,000, the 124 Spider Abarth includes a standard turbocharged 1.4-liter inline-four with 164 horsepower that mates to either a standard six-speed manual transmission or an optional six-speed automatic.

Due to the demise of the Fiat 500 in the U.S., as well as its associated Abarth model, the 124 Spider Abarth now serves as the lone vehicle in Fiat’s lineup to wear the Abarth badge.

Fiat 124 Abarth Figure-Eights Its Way Into The Record Books

We’re not sure the Scorpion Sting graphics package will move the needle on this slow-selling model, however, we’re hopeful Fiat figures out a way to maintain the 124’s profitability. After all, the U.S. market can’t afford to lose another roadster.