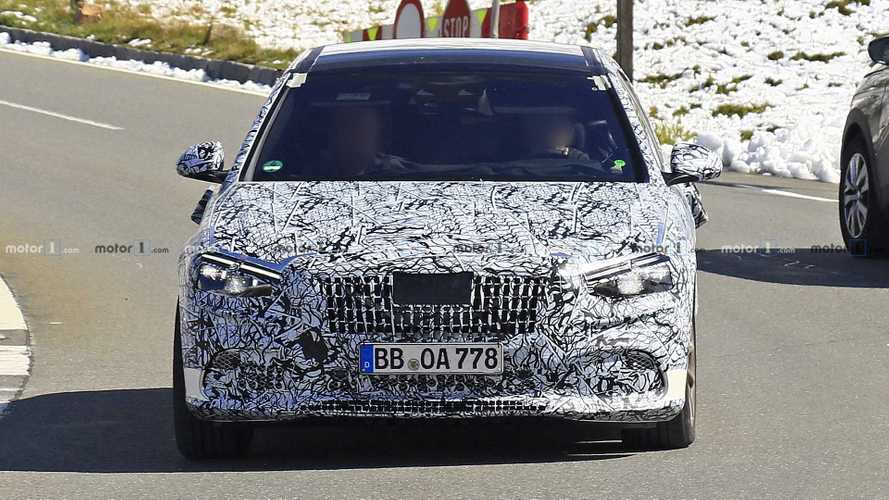 New spy photos of the next-generation Mercedes-Maybach S-Class are in, showing what appears to be a white prototype of the super-luxury sedan. The shots were taken by our spies in the Swiss Alps but unfortunately, the test car is still hiding its exterior details under heavy camouflage.

The good news is the upcoming range-topper in the Daimler family is already wearing its production lights, both at the back and up front. Not much else can be seen at the moment, but at least portions of the front fascia are uncovered to reveal their final shape.

From what we see so far, the sedan will retain the dimensions of its predecessor and the overall proportions will most likely remain the same, too. A slightly shorter front overhang will probably help engineers move the engine further front and free up even more space in the cabin.

At the back, the bumper is dominated by two large exhaust tips that appear to be featuring valves and to be connected to the car’s actual exhaust. Interestingly, there’s also a tow hitch that probably hints that the Maybach S-Class is currently undergoing endurance tests in the Alps.

A New S-Class Is In The Works:

If you look at the doors of the trial vehicle, you’ll definitely notice the weird-looking small boxes in the upper half of the doors. These are hiding the model’s pop-out door handles, a feature that will be shared with the regular variants of the next-generation S-Class.

Speaking of the W223 family, we expect to see the first one of the range to debut sometime next year. It will take another year or so until the Maybach variant arrives so we are roughly still two years away from the official debut of the flagship sedan from Stuttgart.