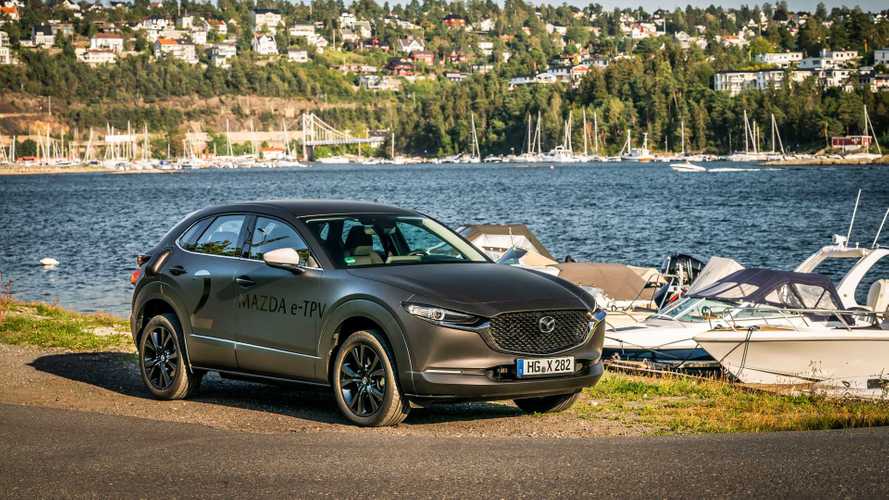 Mazda will show off an electric vehicle at next month’s Tokyo Motor Show, according to Automotive News. The outlet received word of the forthcoming vehicle from Mazda spokesperson Yoshikazu Nagai, which was confirmed to Motor1.com by a spokesperson from Mazda USA.

The vehicle is currently in a development stage, and its underpinnings are covered by a modified Mazda CX-30 body wearing camouflage that bears the words “Mazda e-TPV”. Nevertheless, the vehicle debuting in Tokyo is a new model and will have no relation to the CX-30.

The EV will reportedly rely on a 141-horsepower electric motor for motivation. A relatively small 35.5-kilowatt-hour battery pack will supply power to the motor. To combat the battery pack's limited range, Mazda will also offer the electric vehicle with a range extender option to quell the needs of North American buyers, per Automotive News. That said, a Mazda spokesperson was unable to confirm or deny the car's availability in the U.S.

The potential of an internally built Mazda electric vehicle marks a change of pace for the Japanese automaker, which currently sells no electric or gasoline-electric hybrid vehicles in the U.S.

Based off of images sent to us by Mazda USA, as well as what we can make out of the prototype's underbody work, we’d wager the Mazda electric vehicle will take the form of a small crossover SUV like the Kia Niro, however, we'll know more once Mazda takes the wraps off the vehicle in Tokyo.