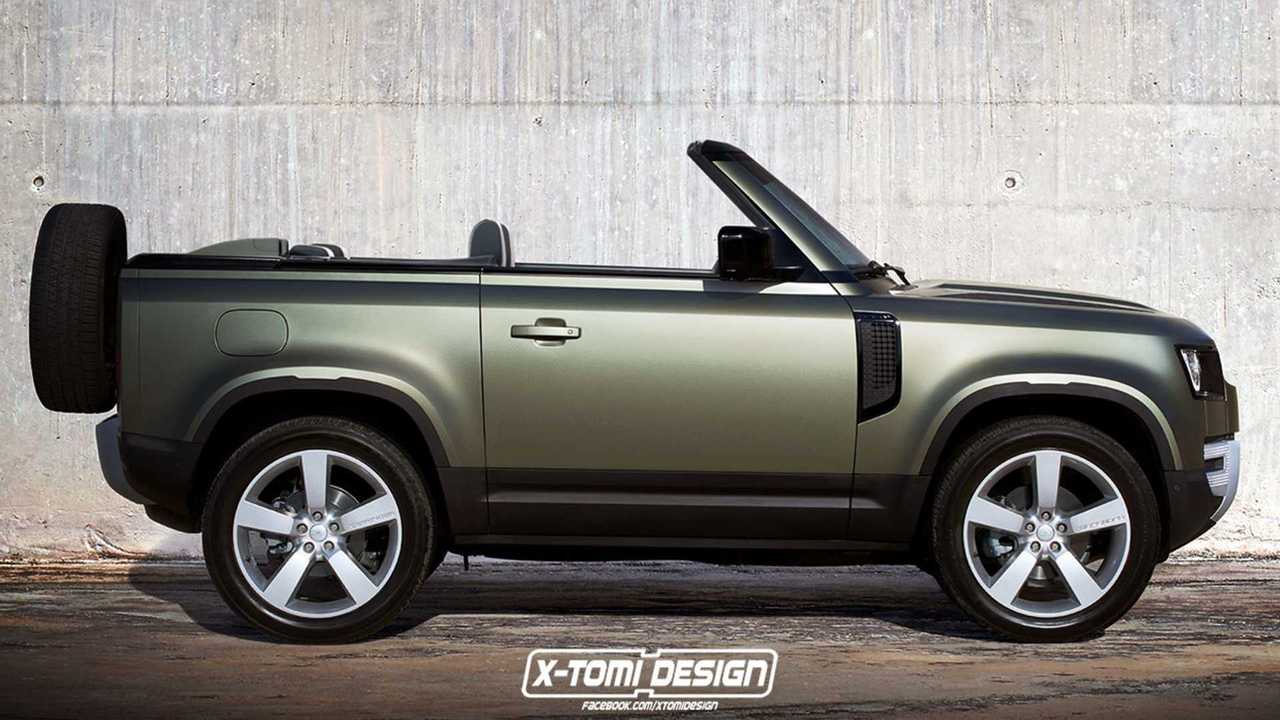 No roof, no problem.

With Land Rover finally pulling the cover off of the new 2020 Defender in Frankfurt, our minds are now running wild with possibilities. Confirmed is that the new Defender is coming to the U.S. market in two sizes, the two-door Defender 90, and the bigger four-door Defender 110. This alone is enough news to make American off-road lovers rejoice, but the Defender possibilities go way beyond that.

We recently published a look at what a two-door Defender truck looks like, and it’s safe to say that the good people of Motor1.com  are firmly on board. Unfortunately, Land Rover has no plans to build such a rig, but in the event that they change their mind, I will take mine in base spec with steel wheels. But if we're talking potential Defender spin-off models, one other creation comes to mind: a convertible.

Of course, Land Rover produced soft top Defender models in the past, so a new model isn’t too far outside the realm of possibility. And thanks to this rendering from X-Tomi Design, we don’t have to try very hard to imagine what such a car could look like. At first glance, I'm reminded of the (love it or hate it) Range Rover Evoque Convertible with its stout, squared-off side profile. But the Defender’s rugged nature gives it the edge over the softer, weirder topless Evoque.

Land Rover is offering a full-length fabric folding roof on the Defender, which is similar to that found in the Jeep Wrangler. And although it isn’t a full open-top, it retracts nearly the full length of the cabin, allowing passengers to get their taste of the outdoors. But even with this on offer, one can’t help but dream of a full convertible experience in the Defender. Maybe that's coming in the future, but for now, we’re grateful that the brutish Brit is coming stateside in any form.