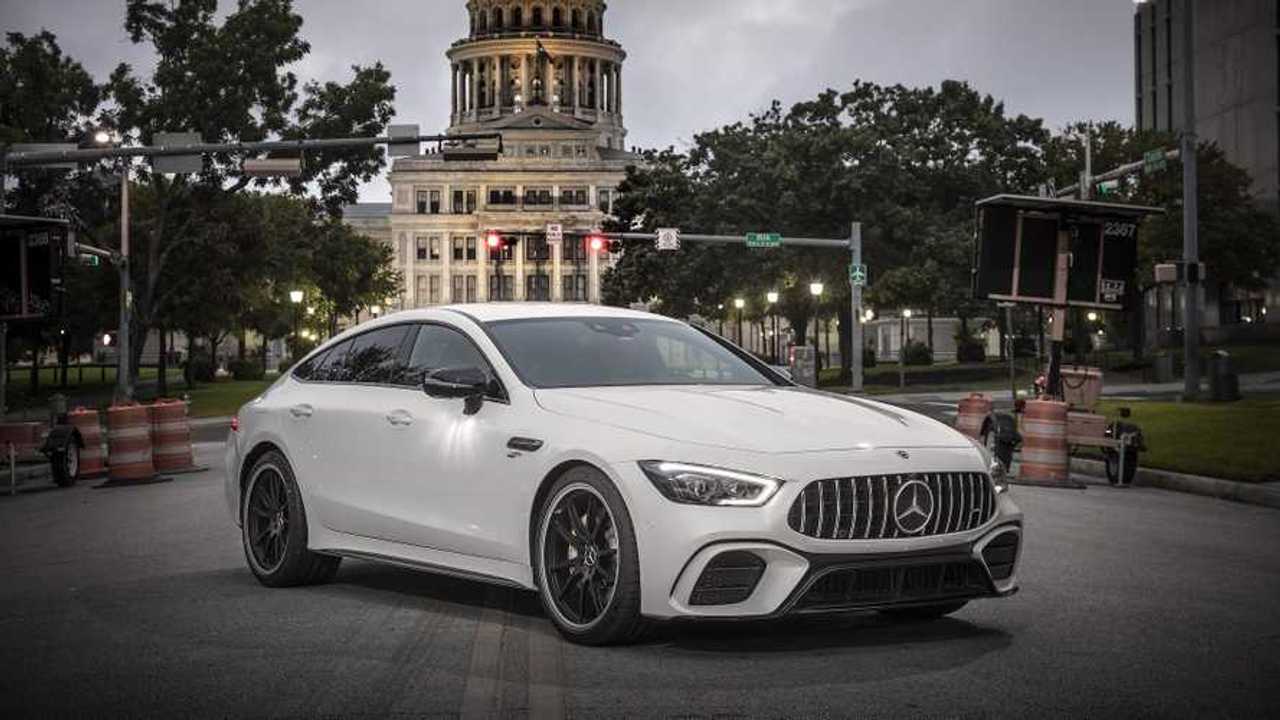 The news comes from the boss himself.

At the Frankfurt Motor Show, Mercedes-AMG CEO Tobias Moers confirmed to WhichCar that the GT 4-Door will add a gasoline-electric hybrid variant to its model line. Aimed at the Porsche Panamera Turbo S E-Hybrid, AMG's hybrid sports sedan is rumored to pair its electric motor, or motors, with a variant of the GT63’s twin-turbocharged 4.0-liter V8.

Given that Moers told the Australian automotive publication that the electric motor in the upcoming GT 4-Door hybrid includes a two-speed transmission, we anticipate the latest addition to the AMG family will feature an independent electric motor at the front axle, while the rear wheels will receive power from the gas engine and, possibly, a second electric motor.

Due to arrive next year, the hybrid GT 4-Door will reportedly wear the 73 moniker and serve as the model’s flagship trim. It also ushers in an electric future for AMG, which includes an eventual EV performance model to battle the likes of the Tesla Model S and Porsche Taycan.

We’re eager to see how AMG integrates a gasoline-electric hybrid powertrain into the GT 4-Door. While the model’s heft is sure to increase due to the electric motor (or motors) and its associated battery pack, the car's acceleration times are sure to drop noticeably thanks to the powertrain's additional grunt. Currently, the $159,000 GT63 S 4-Door trots to 60 miles per hour in a manufacturer-claimed 3.1 seconds. Expect the GT73, which will likely sticker for close to $200,000, to do the deed in under 3.0 seconds.

Brabus 900 Rocket based on the Mercedes-AMG GT63 S