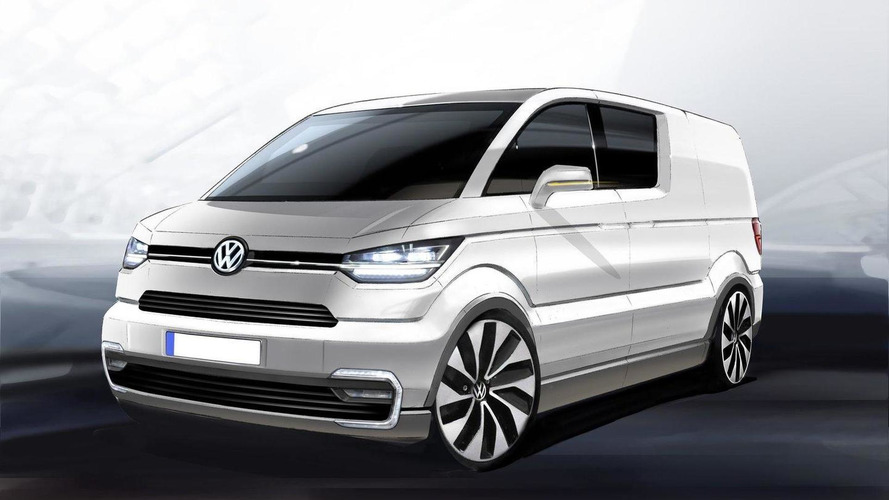 The first image with the Volkswagen e-Co-Motion concept has surfaced the Internet ahead of next week's official unveiling in Geneva.

The first image with the Volkswagen e-Co-Motion concept has surfaced the Internet ahead of next week's official unveiling in Geneva.

An official announcement is yet to arrive from Volkswagen but probably this concept will serve as a preview for a smaller Transporter. The vehicle in this picture is said to have the following measurements: 4.5 meters (179 inches) in length, 1.9 meters (74.8 inches) in width and 1.96 meters (77.2 inches) in height, thus making it more compact than the Transporter which depending on the version is 4.9 meters (192.6 inches) to 5.3 meters (208.3 inches) long.

The concept has a 1,763 pounds (800 kg) payload and a 4.6 cubic meters load volume. Judging by its moniker, the vehicle is probably powered by an electric motor or it's a hybrid. Chances are it could feature a natural gas engine.

In terms of styling, the e-Co-Motion reminds us of the eT! Concept which Volkswagen showed towards the end of 2011.