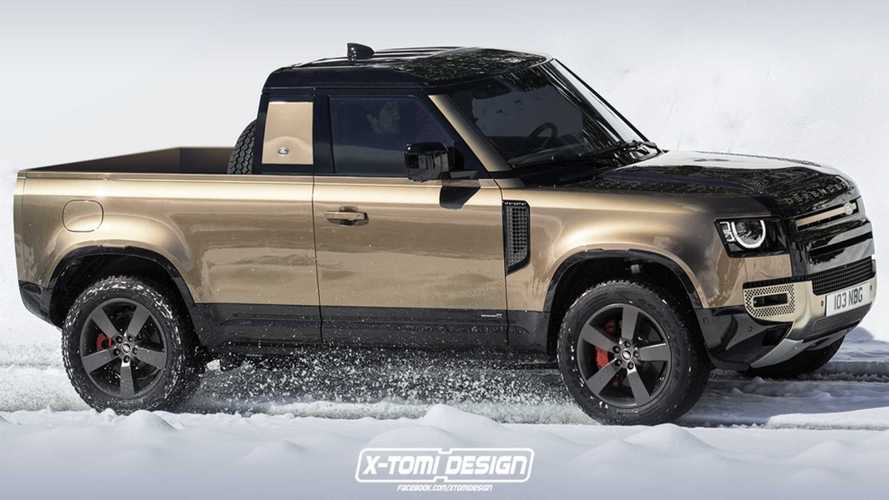 If you’ve been keeping a close eye on the Land Rover Defender’s development, you might remember that an Autocar issue from November 2012 featured a pickup truck version of Britain’s next-gen utilitarian vehicle. It was featured alongside the regular Defender 90 and 110, which have now finally made their debuts in production form at the 2019 Frankfurt Motor Show, but without a sign of the ute whatsoever.

That’s because a Defender truck is simply not going to happen, with Land Rover saying the regular four-door Defender is already a double cab with a roof and therefore there’s no need for a separate model. We’re not going to question the company’s decision, but there would surely be a market for such a version taking into account the old Defender did have a pickup body style in many parts of the world.

The New Defender Is Here, Finally:

Someone with Photoshop skills and some free time on his hands decided to imagine a hypothetical Defender truck single cab with a small bed hosting the spare wheel. While this digital exercise is based on a fancier version of the SUV, we’d take one in a base spec with the steel wheels and not much extra equipment. The previous Defender truck was a true workhorse, and we certainly wouldn’t mind seeing a modernized version of the venerable off-roader with a bed.

While a pickup is certainly not on the agenda, Land Rover still has plans to expand the Defender lineup if we were to rely on the rumor mill. It is widely believed a longer Defender 130 will be out next year with the same wheelbase as the 110 but longer overhangs and up to eight seats. It’s expected to be 200.7 inches (5.1 meters) long and sit on top of the range. Configured to the maximum, the Defender 110 already hits the $100,000-mark, so a possible 130 model would be quite pricey with all the bells and whistles. It’s not like its chief rival, the Mercedes G-Class, is exactly affordable considering the starting price in the U.S. of $124,500 for the G550.