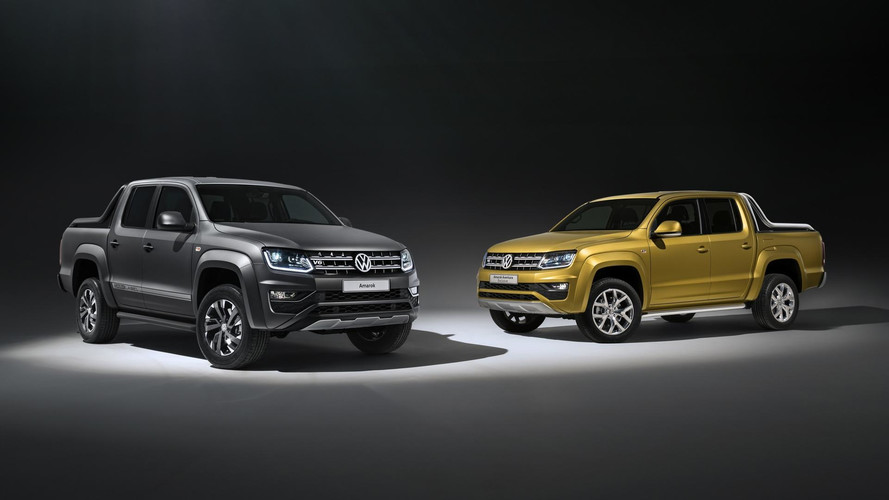 No electrification for the German pickup.

2022 Volkswagen Amarok Teased For The First Time, Ford Is Involved

Volkswagen is on a mission to electrify almost its entire lineup but one of the very few models that won’t embrace electrification is the Amarok pickup. The next-generation of the truck will stick with traditional internal combustion engines running on gasoline and diesel when it arrives on the market sometime in 2022.

The information was revealed by VW's chief operating officer, Ralf Branstatter, who confirmed to CarSales during the 2019 Frankfurt Motor Show no hybridization is planned for the Amarok. "At the moment this type of car [Amarok], there is no plan to electrify," he told the online publication without going into specific details.

Sharing its platform and many technologies with the next-gen Ford Ranger, the Amarok could get range-topping V6 diesel and gasoline engines, depending on the market. The current Amarok V6 TDI has 255 horsepower and 428 pound-feet (580 Newton-meters) of torque and tuners like ABT can boost the output to 302 hp (225 kW) and 465 lb-ft (630 Nm). CarSales reports the new Ranger could get a 2.7-liter twin-turbo gasoline and a 3.0-liter V6 diesel engines that might also find an application under the hood of the Amarok.

It will be interesting to see whether the new Ranger, which should be almost identical to the new Amarok in many aspects, will also rely only on fossil fuels. In Europe, the pickup segment is still dominated by diesel-powered models, while in the United States gas-fed trucks are in the lead.

The collaboration between Ford and Volkswagen could help the German manufacturer export the new Amarok from Europe to the North American market. There’s no decision taken at the moment but VW is currently analyzing the prospects and the potential green light depends on the final product which would have to be “appropriate for sales worldwide.”

Note: Volkswagen Tarok concept pictured in the gallery below.