Good things come to those who wait, and if you’ve been patiently saving for the ultimate iteration of the AMG GT Coupe, you’re in for a real treat. Speaking at the ongoing 2019 Frankfurt Motor Show in Germany with Which Car magazine, AMG’s boss Tobias Moers shed more details about Mercedes’ most exciting performance machine outside of the F1-engined One hypercar. 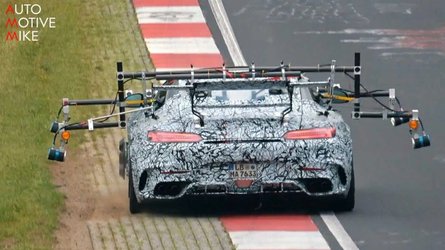 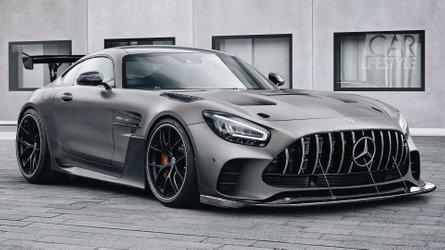 Speaking of engines, the Black Series will use a twin-turbo 4.0-liter V8, but not the same one you’ll find in a slew of AMG products currently on sale. Yes, it will have the same block and cylinder heads as the M178 V8, but Moers says it’s a different engine and “not a typical AMG V8.” He went on to mention it won’t receive EQ Boost branding, which in Mercedes’ vocabulary means electrification. In other words, the Black Series will not be a hybrid, and that consequently means some major mechanical upgrades are in tow given the rumored power output.

How much? Well, AMG has previously alluded the Black Series will be on the same level as the Porsche 911 GT2 RS, so we’re looking at somewhere in the region of 700 horsepower. In a separate interview with Motoring, Moers said “we never did something like this with an engine before – for AMG it’s the first one” and that we should “expect something different.” Color us intrigued. One thing is for sure, it won’t have water injection tech like BMW used for the M4 GTS.

Aside from the revamped engine, the automatic-only Black Series will have a newly developed suspension and aero compared to the AMG GT R. As a matter of fact, Moers said the two cars don’t have “much in common.” Interestingly, some of the lessons learned during the One hypercar’s development will trickle down to the high-performance coupe, and it is believed tire tech is one of them. AMG’s boss hinted we should expect some insanely fast track lap times, so perhaps the Lamborghini Aventador SVJ’s Nürburgring record-setting 6:44.97 is in danger.

While some people are exaggerating that the end of the internal combustion engine is nigh, Moers said there’s going to be at least one more ICE-powered Black Series after this one. Meanwhile, the forthcoming track-oriented monster should be out by the middle of 2020 with a few “surprises” planned, according to AMG’s head honcho.