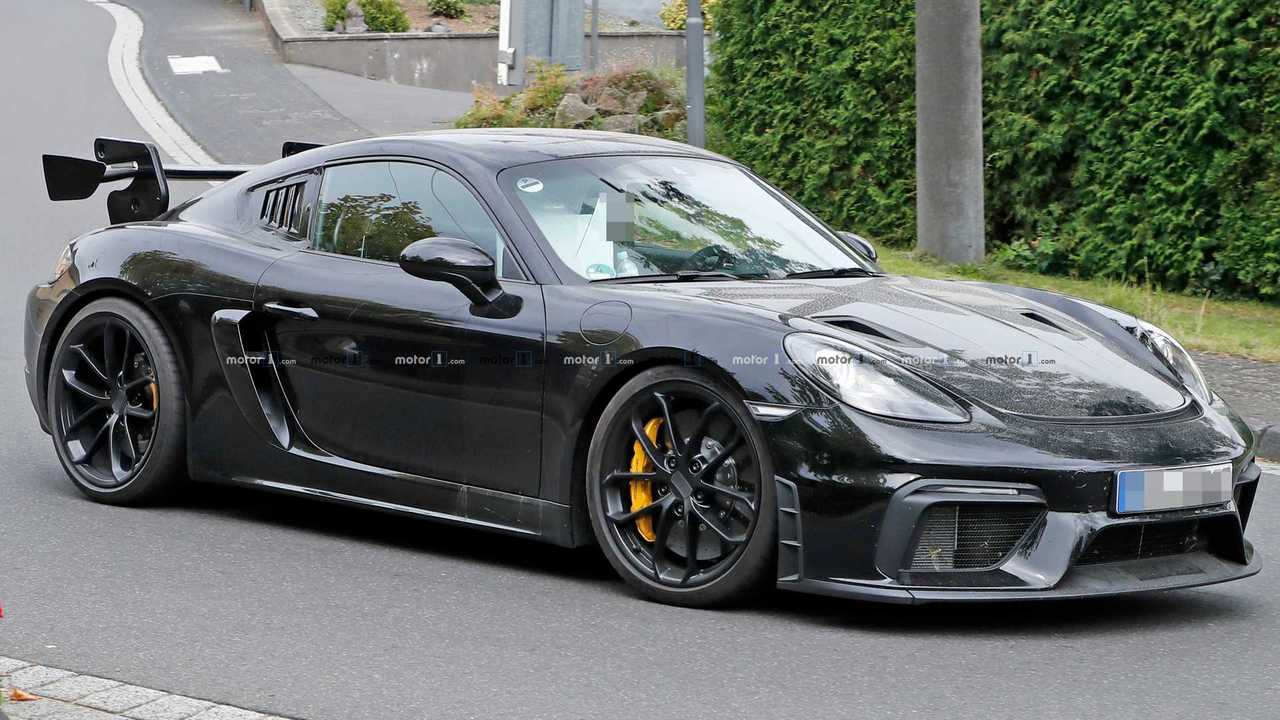 This beast would sit above the 718 Cayman GT4 , which is already an impressive sports car.

A recent rumor suggested the possibility of Porsche creating a 718 Cayman GT4 RS as an even more aggressive version of the coupe to sit above the recently revealed GT4 model. These fresh spy shots suggest that this speculation is accurate because the vehicle in these pictures certainly appears more track-focused.

Compared to the existing Cayman GT4, this possible RS wears the same front fascia. The hood gains a duct on each side and a more sculpted center section, unlike the flatter design on the existing vehicle.

At the side, the inlets appear to stick out a little farther than on the existing model. There are also now vents in the side quarter windows. The photos don't provide a good view of whether this element is purely aesthetic or could be new ducts for directing air to the mid-mounted engine.

At the back, this Cayman has a wing with goose-neck mounting that's similar to what's on test mules for the next-gen 911 GT3. The part should allow for a big increase in rear downforce, even if it makes seeing out of the rear more difficult.

These shots only provide a tiny glimpse into the cabin, and the most interesting element is on the passenger side. From these photos, the test driver appears to have an absolutely gargantuan screen to look at. This display is likely showing data from the powertrain and other systems, but it's still odd the monitor to be so big.

The powertrain for the 718 Cayman GT4 RS is allegedly an updated version of the 4.0-liter flat-six engine from the regular GT4. Elements like titanium connecting rods for decreased rotational mass and tweaks to decrease friction could take the rev limit even higher than the current 8,000 rpm.

A debut date for the GT4 RS is a mystery. The GT4 is still only a few months old, so don't expect Porsche to be in a hurry to debut a meaner model.