Pagani responds to accusations of cheating on Top Gear 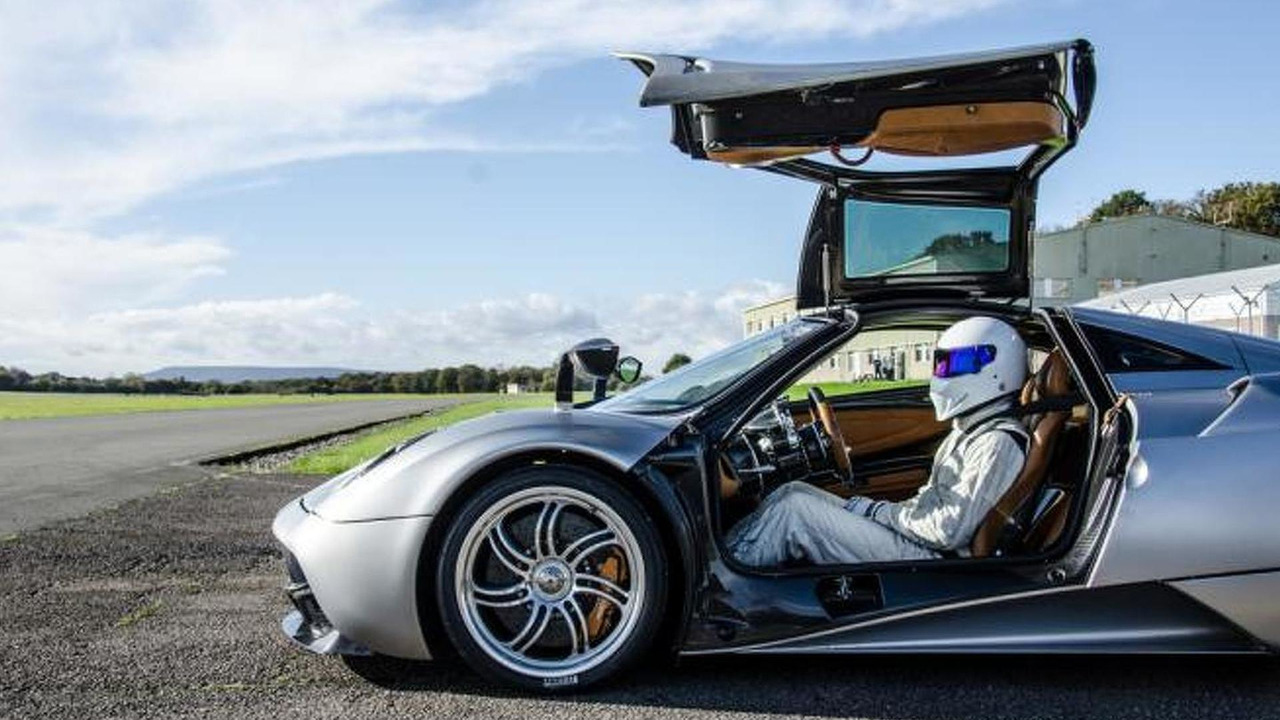 Several people who were on the Top Gear track when the Pagani Huayra established the lap record said the car had racing slicks. Pagani responded.

Several people who were on the Top Gear track when the Pagani Huayra established the lap record said the car had racing slicks, which is against Top Gear's power lap track rules.

Season 19 of Top Gear started with the Pagani Huayra establishing a new track record with a time of 1:13.8, smashing Ariel Atom V8's previous record of 1:15.1. According to those present when Stig established the record, Pagani cheated by using racing slicks with hand-cut grooves to make them look road-legal.

Pagani responded to these accusations saying the Huayra had P Zero Trofeo tires which although are designed specifically for track use, these are still road legal which means Pagani did not cheat on Top Gear.

However, the crafty members at TeamSpeed.com forum site have analyzed photos taken during the event and point out that the sizing and tread pattern of the tires used on the Huayra for Top Gear were different than Pagani stated. In fact, TeamSpeed members argue that the tires used bear the same tread characteristics found on Pirelli slick racing tires used on the Pagani Zonda R race car.

To make matters worse, in the press release published after the show, Pagani said the car had P Zero Corsa tires so they either made a series of mistakes or intentionally tried to mislead.

Here's an outline of the situation plus a final assessment according to TeamSpeed member mattjs33:

[Note: for reference to outline below see attached photos above and their corresponding captions]

It is evident by anybody with knowledge on the subject that the tires on the Huayra when driven by the Stig, began life as slick treaded racing tires.

What is at issue here is not lap times or foul play. What is at issue is the fact that Pagani, and most likely Pirelli, have engaged in a deliberate attempt to massage the Power Lap results to the benefit of the Huayra by equipping it with tires that it will not, and most likely cannot, be sold with. They knew exactly what they were doing. The general assumption of Top Gear viewers is that the cars are being tested in stock, unmodified form. That does not appear to be the case in this instance.