FCA predicts the repair should take just 12 minutes to complete.

Fiat Chrysler Automobiles is expanding a previously announced recall for Ram 1500, 2500, and 3500 tailgates because the panel may open unexpectedly while driving. The campaign now covers a total of 1,103,479 vehicles, versus affecting 410,351 pickups in the original filing from May 2019.

The recall specifically covers 2013 through 2017 examples of these pickup models with an eight-foot-long bed and power-locking tailgate, in addition to 2018 model year examples with production dates before April 1, 2018.

FCA found that the actuator limiter tab could fracture within the power tailgate assembly. If this happens then it's possible this issue could release the latches and allow the panel to open. The brand's filing with the National Highway Traffic Safety Administration says that if the major danger of this problem is that cargo could fall out of the bed, causing a hazard to other folks on the road. The automaker has no records of accidents or injuries from the suddenly opening tailgates.

The Latest From Ram: 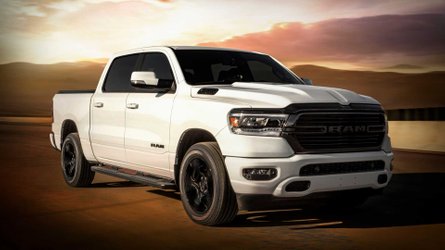 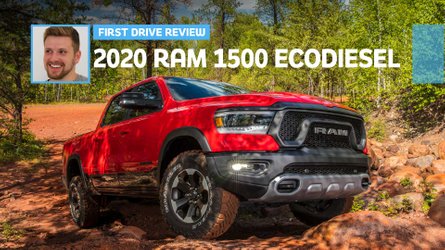 The solution to the problem comes from installing a block inside of the lock actuator solenoid inside of the tailgate. The piece is supposed to limit the locking actuator's travel and prevent the sudden opening. FCA's document describing the repair progress indicates the fix requires just 12 minutes to complete.

After the initial recall, FCA began investigating pickups that weren't part of the original campaign. The researchers found 54 warranty claims from owners looking for a repair of this problem. The automaker then decided it was worth expanding the recall to cover the additional vehicles.

FCA will begin notifying the newly affected owners around October 18, 2019. The company contacted the first batch of customers about the issue on June 28, 2019.