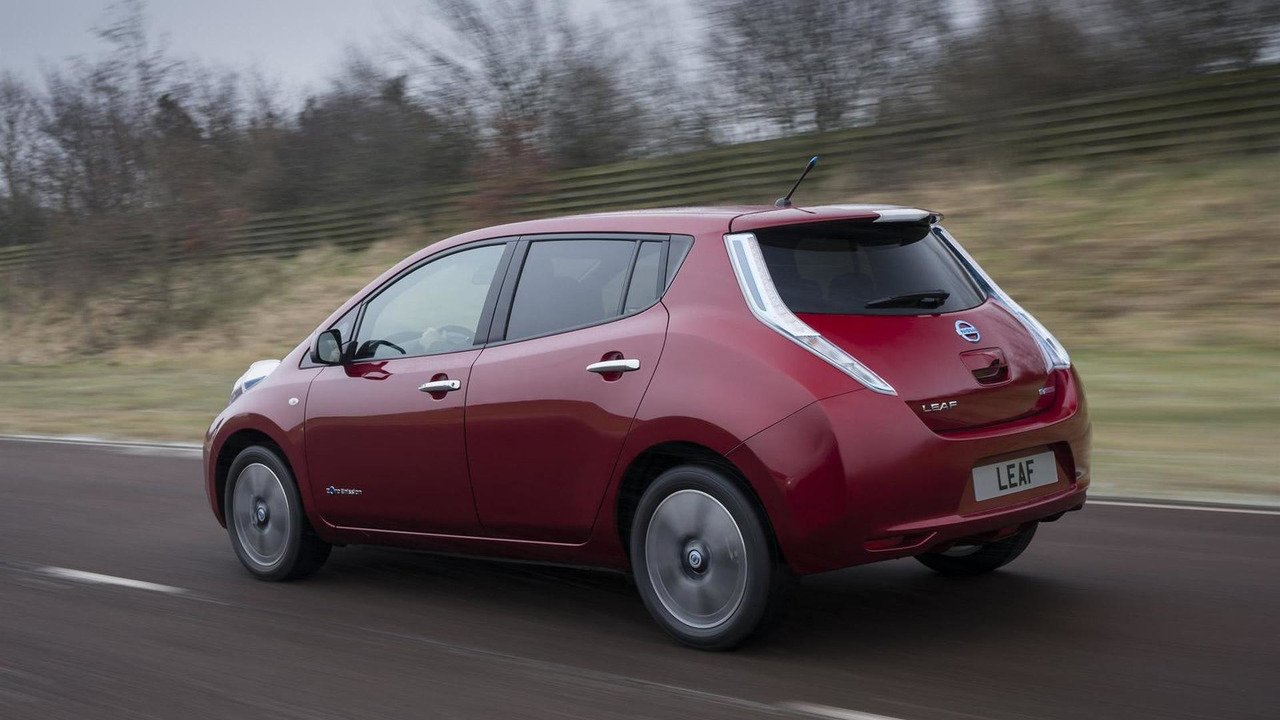 Nissan has released full details about the Euro-spec 2013 Leaf which will be built in Sunderland, UK.

Nissan has released full details about the Euro-spec 2013 Leaf which will be built in Sunderland, UK.

Following the 3,000 EUR price cut announcement, Nissan is offering complete details about the European version of the 2013 Leaf. Compared to the previous Japan-built Leaf, the revised model boasts more than 100 modifications with improvements such as more interior space, more equipment, greater recyclability and subtle tweaks to the car's nose for improved aerodynamic efficiency.

More importantly, the range has increased from 109 miles (175.4 km) to 124 miles (199.5 km). With an optional fast charger the battery can be fully charged in four hours, while with the regular charger takes eight hours.

Nissan has added a new entry-level Visia trim which has 16-inch steel wheels with full covers, halogen headlights and black door mirror caps. In the United Kingdom, the base Leaf should cost around 20,000 GBP taking into account the 5,000 GBP government grant.

Deliveries are expected to commence this June.