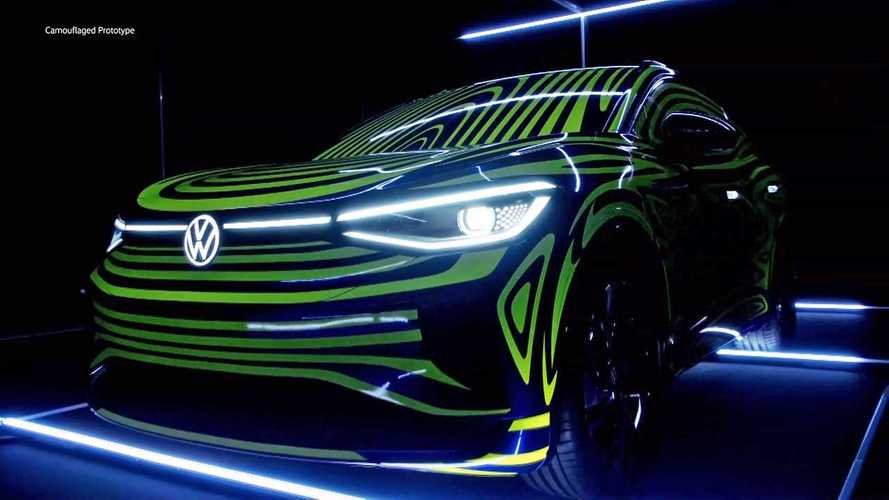 It's based on the I.D. Crozz concept and will allegedly debut in the spring.

Volkswagen is going all-in on electric power. Having debuted its ID.3 five-door hatchback at this year’s Frankfurt Motor Show, a report from Automotive News says the automaker will debut an EV crossover for the U.S. market in the spring of 2020, allegedly called the ID.4. The name comes from an unconfirmed, anonymous source at the German show. Apparently, VW isn’t quite ready to divulge details just yet though a curious camouflaged prototype is on display with the automaker's lineup.

Don't Call It The Crozz:

What we can suss out is that the ID.4 will be based – at least somewhat – on the ID Crozz concept. It should be a two-row crossover, though its design will follow a more traditional shape. We spotted a camo-wrapped model on the streets with an ID.3 in August, revealing a high-bodied design with a low-slung roof that certainly borrows from the Crozz, but doesn’t appear to be quite as curvy and sloped. Whether or not a smooth face similar to the ID.3 is behind the camo wrap remains to be seen.

Underneath the bodywork, we believe the ID.4 will share its architecture with the ID.3. Two motors for each axle is the likely plan, and we’ve heard that it will offer approximately 300 horsepower all total. These are all just rumors at this point, so take it with a grain of salt until we can delve further into VW’s plan.

VW ID.3 Debuts As People's Electric Car With Up To 342-Mile Range
⠀

With the ID.3 remaining the exclusive domain of European markets, the ID.4 is theoretically poised to be VW’s first all-electric offering in the United States. It’s not a surprising move considering the insatiable crossover demand in America, never mind VW’s decision to scale back the Golf in the U.S. market. If the Automotive News report proves accurate, an ID.4 reveal in spring should mean an on-sale date in the fall of 2020.