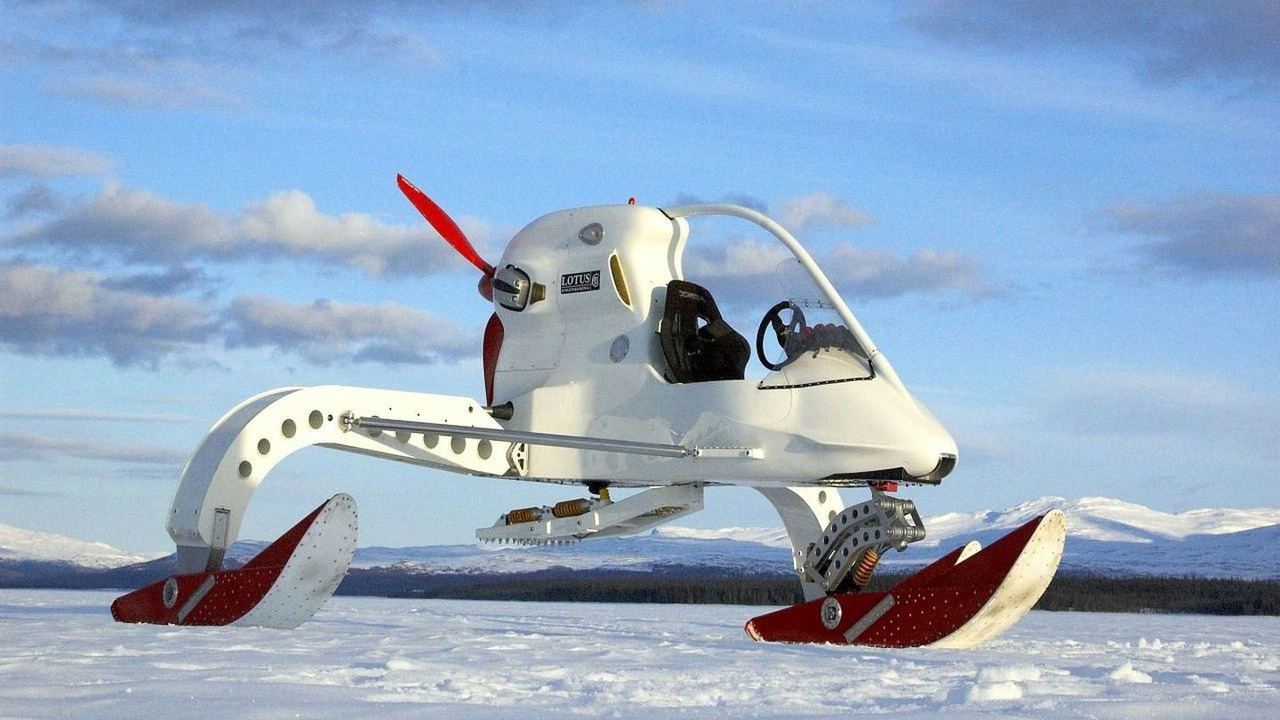 Lotus's latest vehicle has no tyres, and is heading for the South Pole. It's an ice project designed more for sliding that powersliding. Cool!

James Bond’s Esprit could run both on and under water in The Spy Who Loved Me, if I recall correctly. Now a real bio-fuelled slider has been developed by Lotus engineers to cope with extremely cold temperatures, the kind found in places like the South Pole for instance. Coincidentally that is exactly where this Lotus is going on something called the Moon Regan Trans Antarctic Expedition. So experimental is this thing that two Ford E-Series vehicles will accompany it, just in case.

The creation is some 4500mm in length with a wingspan of same proportions and uses three skids. It has radar for crack detection and will carry the three-man crew of Andrew Regan, Andrew Moon and Jason de Carteret. These gents will be performing a series of experiments in Antarctica in order to exhibit how much of a vital role the vast ice-covered land plays in the sustainability of our planet.