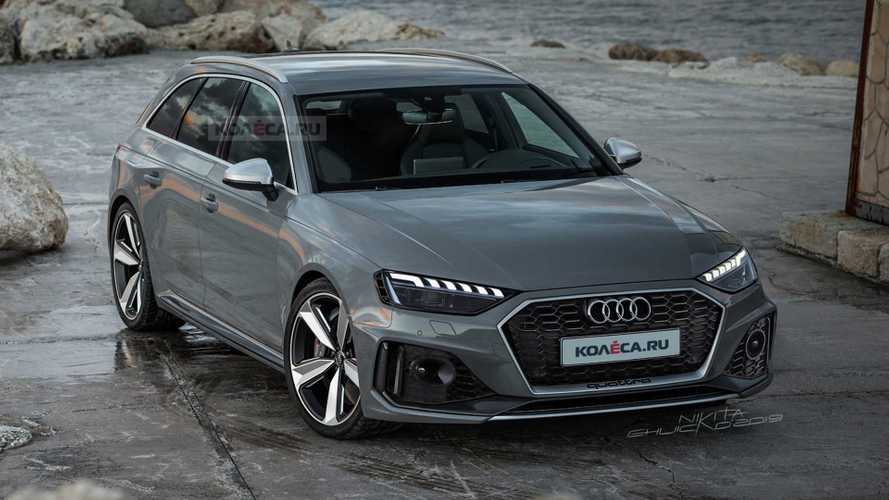 Meanwhile, the upcoming facelift will retain the twin-turbo V6.

It’s safe to say Audi Sport’s lineup is going through some major changes as aside from adding more SUVs like the SQ8 and forthcoming products like RS Q3 Sportback and RS Q8, Ingolstadt’s go-faster division is also installing diesel engines in some of its S models sold in Europe. There’s more to come as the Four Rings have just announced the next-generation RS4 Avant will adopt an entirely different powertrain that some of the purists might not like.

Indeed, Audi Sport managing director Oliver Hoffmann told Autocar the next iteration of the hot wagon will employ a plug-in hybrid powertrain to cut emissions and boost performance at the same time. Don’t expect to see it anytime soon as Audi hasn’t even revealed the mid-cycle facelift for the current RS4 Avant yet. The British magazine says the next-gen wagon in full-fat RS flavor will be out “early in the next decade,” so look for a release around 2023.

Meanwhile, the RS4 Avant facelift is going to be unveiled before the year’s end to complete the recently refreshed A4 family. It will retain the twin-turbo 2.9-liter V6 engine, which in its current form is good for 444 horsepower and 443 pound-feet (600 Newton-meters) of torque. The beefy engine helps the performance wagon to hit 62 mph (100 kph) in only 4.1 seconds and max out at 174 mph (280 kph).

Audi Sport has already embraced electrification by adopting a mild-hybrid setup for the new RS6 Avant super wagon as well as for the 2020 RS7 Sportback that debuted a few hours ago. In addition, Hoffmann told Autocar the third-generation R8 will be electrified in one way or another, but it’s not known at this point whether it will be a hybrid or a pure EV. The British publication points towards the latter scenario.

As a final note, Hoffmann didn’t explicitly rule out the possibility of an RS1 hot hatch, which is a bit of a surprise considering the regular A1 Sportback lacks the Quattro system Audi Sport’s models are known for.