Uncovered documents confirm a 2.0-liter engine and an eight-speed automatic.

Ford is building another truck, believe it or not. Positioned below the F-150 and even smaller than the mid-size Ranger, this unibody "ute" will utilize the current Ford Focus platform and, most likely, two four-cylinder engine options. Up to this point, we've only seen one prototype. But now an Australian publication has more information regarding this tiny truck's development.

Documents uncovered by the site Wheels, via Ford's You Yangs proving ground in You Yangs, Australia, back up rumors we reported on previously. For one, this truck will use the traditional Focus C2 platform. Though interestingly, reports say these early prototypes actually use a Russian-market derivative of the chassis. 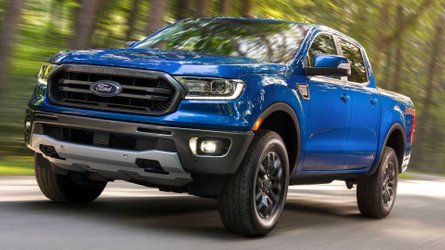 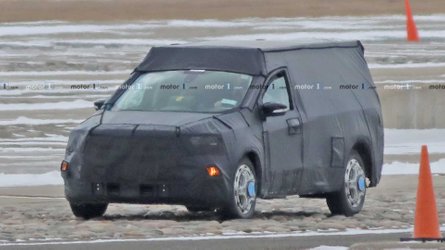 We also know that the Focus-based truck will have a 2.0-liter four-cylinder engine, even though the current European Focus doesn't. For now, there are no further details on the previously mentioned 1.5-liter option. We also know that this truck will use an 8F24 eight-speed automatic transmission.

Similar to its Ranger sibling, much of the Focus-based truck's testing will take place at Ford's Australian proving grounds and the surrounding areas. Hopefully that leads to a more fully formed prototype in the near future. While testing is happening Down Under, though, Ford plans to build this unibody truck in Mexico and export it to markets like the United States and South America.

The Ford Focus-based pickup reportedly goes on sale in markets like Brazil first. Expect to see the final production version sometime in 2021. The light pickup should go on sale in the U.S. a year later. One thing that's still a mystery is the name; Ford trademarked the Courier nameplate recently, but the iconic Ranchero name is still under consideration.