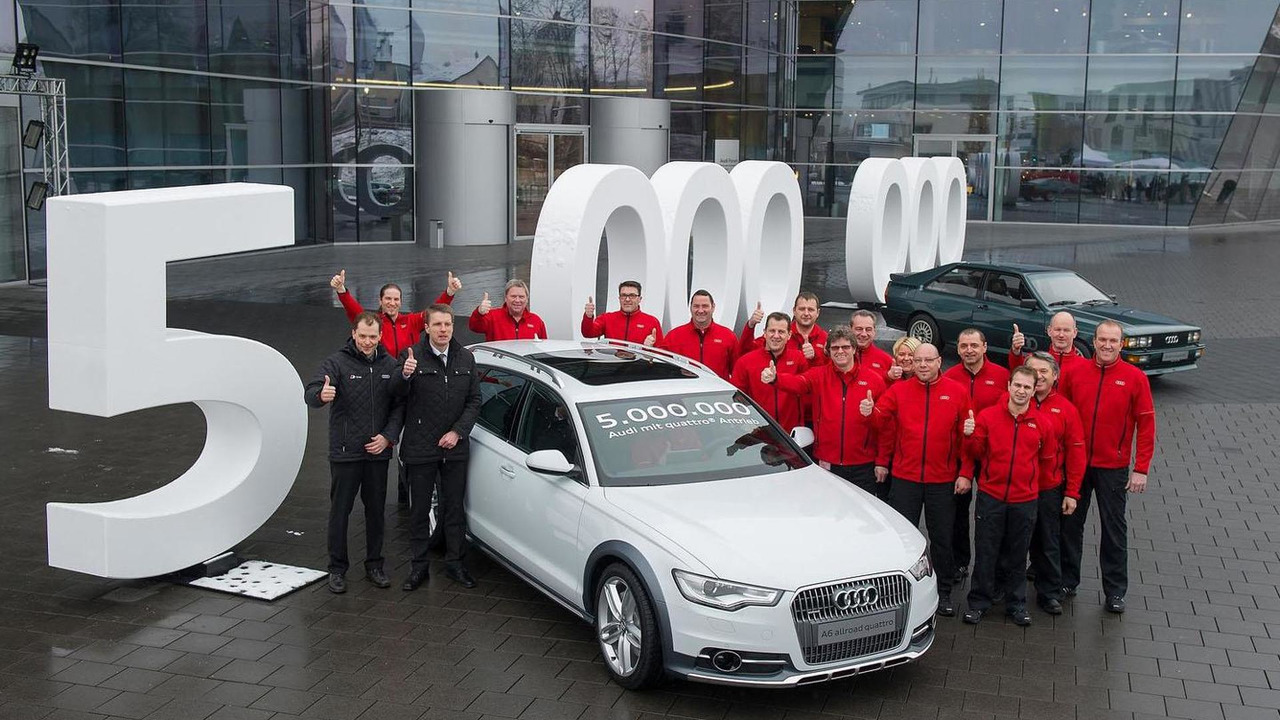 After 33 years, Audi has built their five millionth model with a quattro all-wheel drive system.

After 33 years, Audi has built their five millionth model with a quattro all-wheel drive system.

The white A6 Allroad 3.0 TDI rolled off the assembly line at the company's Neckarsulm plant and was treated to a grand celebration that included a photo shoot with an original Quattro (aka Ur-quattro) model.

Audi's quattro origins trace back to winter of 1976-77 when engineers were testing front-wheel drive prototypes in snow-covered Sweden. The group brought along a Volkswagen Iltis and quickly recognized the 75 HP (55 kW) all-terrain vehicle was easily outperforming their more powerful prototypes. This lead the team to begin working on an all-wheel drive model under the watchful eye of Dr. Ferdinand Piëch who was the company's Board Member for Technical Development.

The resulting model, the legendary Audi Quattro, made its debut at the 1980 Geneva Motor Show and although it was planned for limited production, demand forced the company to keep it around until 1991.