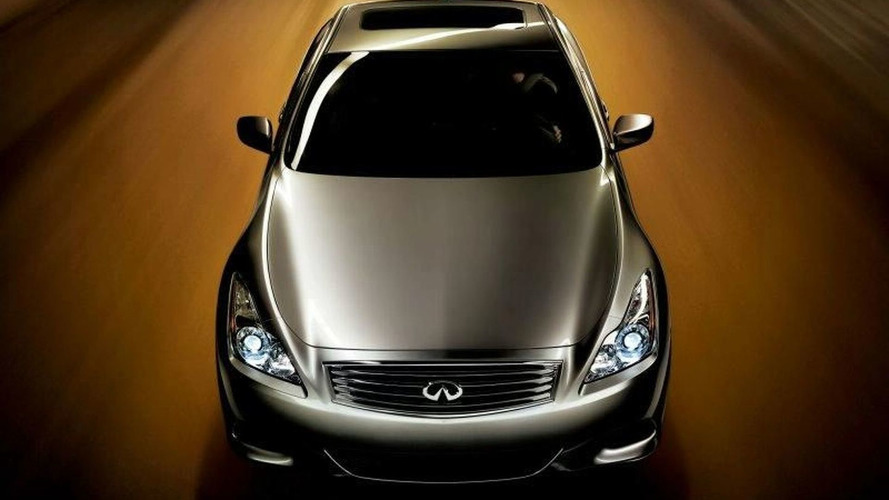 ...the G-Series (coupe and saloon) will not be the only model available at the brand's launch starting in autumn 2008.

During the soft Internet launch of the all-new Infiniti EX35 Coupe Crossover SUV today, Infiniti has also divulged further details regarding their European launch. From an earlier story, we know UK and Germany are their most important markets despite existing operations in Ukraine and Russian. However, the G-Series (coupe and saloon) will not be the only model available at the brand's launch starting in autumn 2008. It is now revealed that, in addition to the G-Series, the new EX and all new FX-Series set to debut the same time next year (probably Paris) will be joining the party as well. Also, an all-new M-Series replacement is planned after 2010 and on the horizon to be available on all models is a new high-performance V6 diesel.

Besides making good cars, Infiniti's core strategy for winning the acceptance of Europeans is superior customer service. As Infiniti has demonstrated in the U.S. year after year, with numerous awards for highest levels of customer satisfaction, Infiniti could steal a lot of thunder away from the competition.

Jim Wright, Vice President Infiniti Europe, states, "The launch of a premium car brand in Europe is a rare and special event. Infiniti will have the simple philosophy of offering the independently minded customer a new alternative of vibrant product teamed with excellent service. The cars are all elegantly designed, comprehensively equipped and aimed at the enthusiast. But they are only half the story. Effortless ownership will be equally important as you will discover closer to the launch."

To give an example of Infinti's approach to customer satisfaction, the Infinti dealership experience, which is called Infiniti Retail Design Environment Initiative (IREDI), strives to emulate a luxury designer hotel instead of a car showroom.