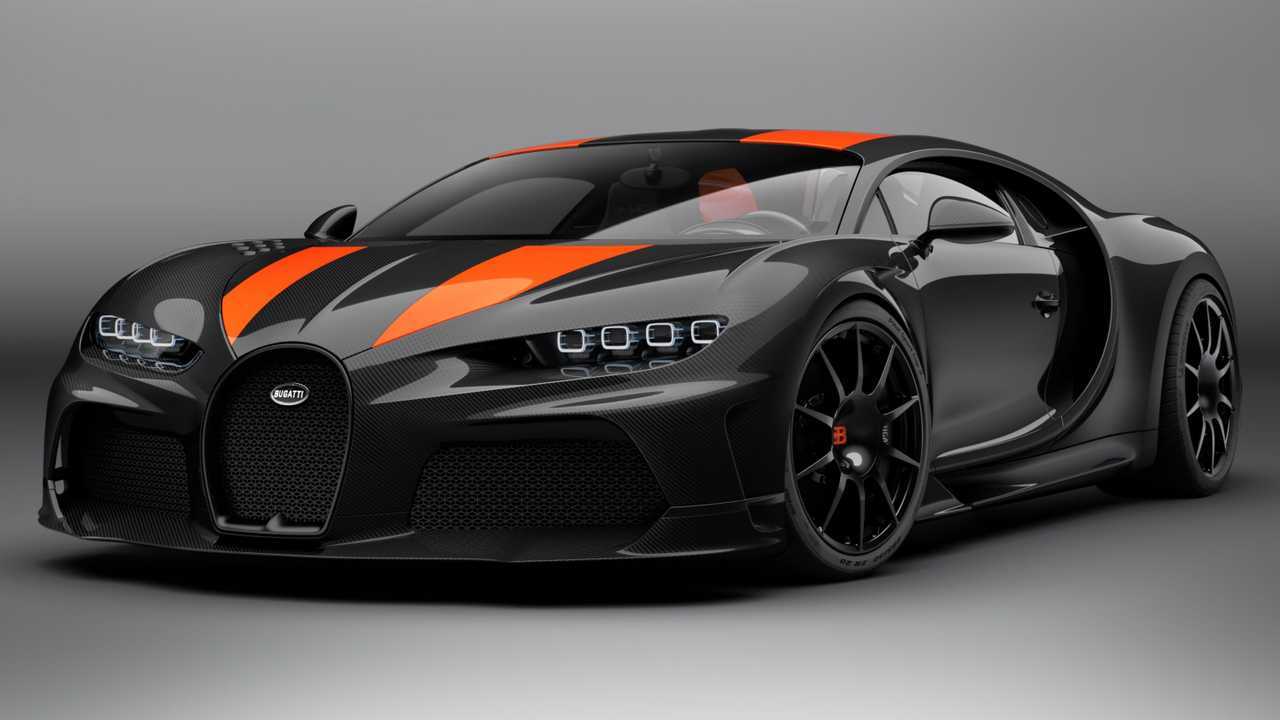 Unlike the prototype, the production version will have a passenger seat.

This is it, folks. Much like the record-breaking Bugatti Veyron Super Sport was shortly followed by a World Record Edition, the Chiron “Longtail” is evolving to become the Super Sport 300+. Similar to the prototype before it, the production car will have the menacing body with the exposed carbon fiber and orange stripes akin to the Veyron SS WRE. If you don’t like them, the talented folks from Molsheim will happily apply another shade.

Mirroring the prototype and the Centodieci, the Chiron Super Sport 300+ will use an evolution of the quad-turbo 8.0-liter W16 engine pushing out a monstrous 1,578 horsepower. You’re not going to find the roll cage and the array of computers and timing equipment in the road-going model as the 30 vehicles planned for production will do without the extra hardware. Instead, Bugatti will put back the passenger seat the prototype lacked.

While the car driven by Andy Wallace sat closer to the road during its mind-boggling 304.77-mph run at Volkswagen Group's Ehra-Lessien test track in Germany, the Chiron Super Sport 300+ will adopt a standard ride height to make it easier to live with on regular roads. Perhaps the most important change is the implementation of a speed limiter, with Bugatti president Stephan Winkelmann telling Motor1.com the customer-spec cars will top out at 440 kph (273 mph).

Interestingly, Top Gear has it on good authority buyers will be able to add the roll cage and ditch the speed limiter to try and replicate the Longtail’s performance. Where could an owner possibly hit 304.773 mph (490.484 kph) without being immediately thrown in jail? At the very same Ehra-Lessien. Yes, Bugatti will grant customers access to the track where there’s a 5.4-mile (8.7-km) long straight. Talk about an interesting turn of events.

It’ll cost you €3.5 million (nearly $3.9M at current exchange rates) to access the VW Group’s proving grounds in Lower Saxony and Bugatti will throw in the car for free. Production starts 2021.

From Prototype To Production: