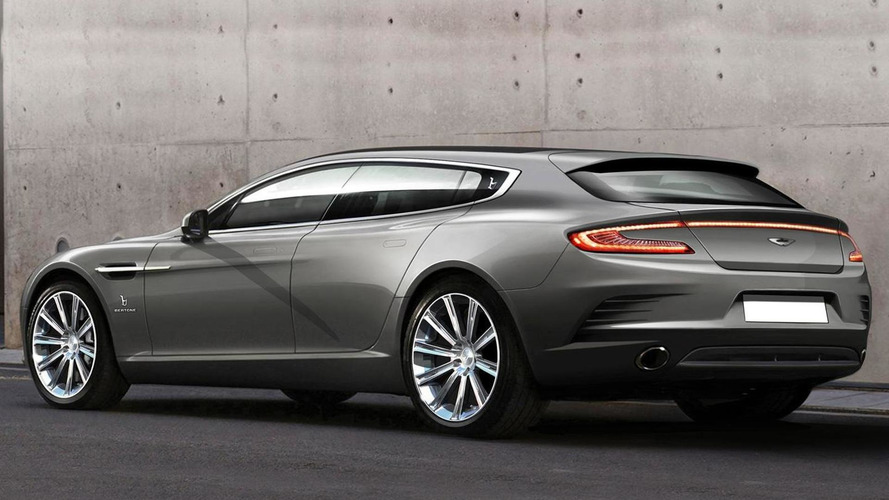 Bertone calls this concept the Jet 2+2 and is aimed to celebrate sixty years of collaboration between the two companies. It is a follow-up to the 2004 Jet 2 concept (see attached photos) which was essentially a shooting brake variant of the Vanquish.

Other than the different body style, Bertone's Rapide has remained essentially the same as AM's version, featuring the same dimensions and mechanicals as the standard Rapide so it's not based on the recently unveiled and more powerful Rapide S.

According to Bertone, the C-pillars bent forwards and connect to the muscular and tall wheel arches to give the vehicle the perception of movement even when it's stopped. Other noticeable changes are the full length LED strip at the back and the sharply raked tailgate.

The interior cabin boasts a 2+2 seating arrangement with individual seats and thanks to the new body style the rear passengers have more headroom. The rear seats can be folded flat to increase cargo room, while aluminum, wood and two-tone leather trims make it more special than the regular version.