An Aston Martin Where The Best Seat Is In The Back

This was not your ordinary Aston.

Another day, another video from Shmee150, Youtube star and automobile aficionado, who happens to be currently touring the United States with his Ford GT which he shipped from the UK. But that's not the focus of this video. In his latest video, he gets to drive what is arguably one of the more controversial Aston Martins ever made, but it also happens to be the most luxurious. During a visit to @Speedy_Jeff's Mancave, Shmee150 was given the opportunity to get behind the wheel of a 2015 Aston Martin Lagonda Taraf. Naturally, he goes over the interesting facts about this particular sedan from the English high-performance automobile manufacturer, and even gets some considerable seat time.

Owned by another Instagram personality in California, @Dan_Am_I, the Aston Martin Lagonda Taraf is so rare in the United States that Shmee goes on by saying that they're pretty sure that this is the only one in the country. There were only 120 cars ever built and it was originally intended for the Middle East Market. If you recall, coachbuilder Lagonda has quite a rich history, and it was after World War 2 that they were owned by Aston Martin. They've been known to be a blip on the radar once every few years, and in 2015, they wanted to create the ultimate four-door sedan. Unfortunately, the price was incredibly high; close to $1-million with all the options ticked, making it the most expensive four-door production car at the time.

An Aston Martin That Could Double As A Daily: 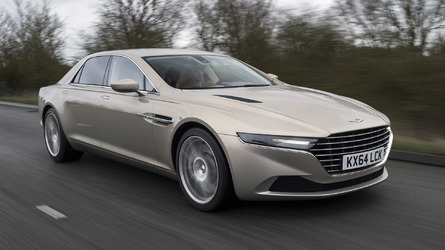 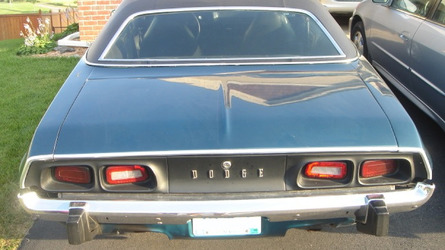 It shared the same platform as the Rapide, albeit extended and filled to the brim with insulating materials and all sorts of bits and bobs to keep the ride as comfortable and quiet as possible; not at all like a typical Aston Martin. Under the hood, it had a 6.0-liter V12 with 540 horsepower, but the focus was on comfort, making it the only Aston that might be better off with a chauffeur. Get more details on this pretty cool unicorn in the video above.