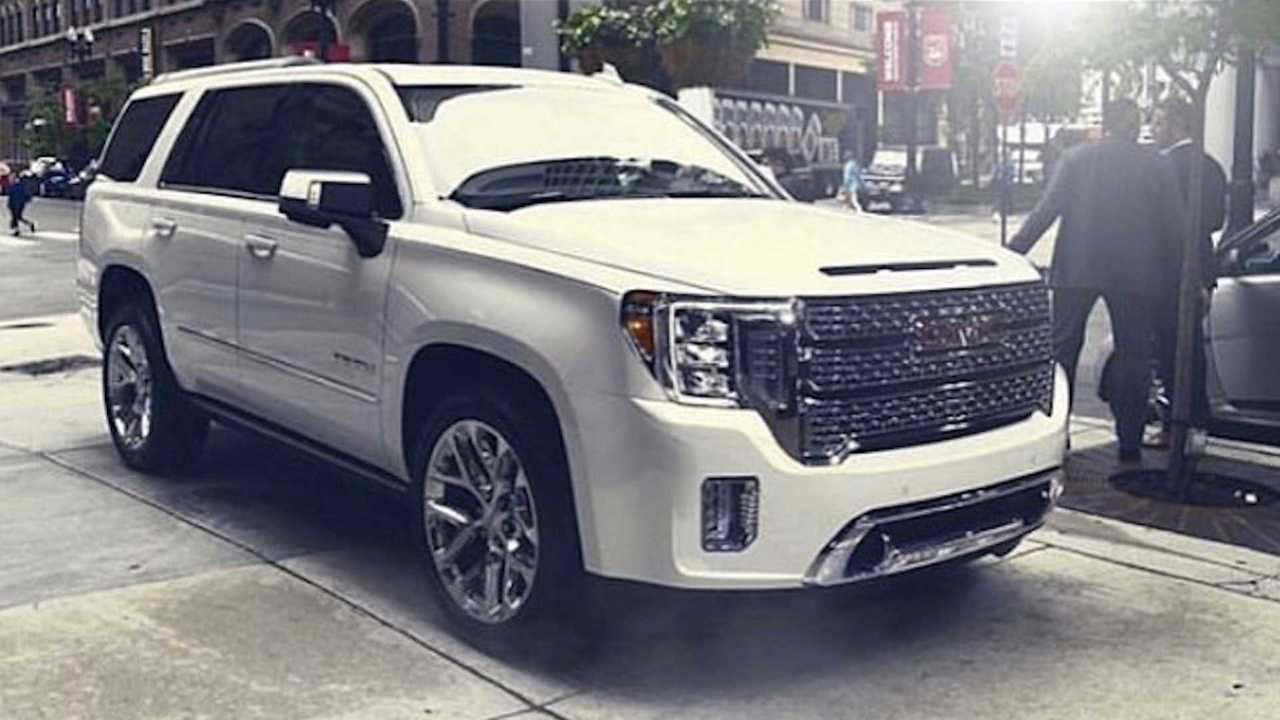 A Motor1.com reader sent us this alleged new Yukon.

General Motors' full-size SUV twin – the Chevrolet Tahoe and GMC Yukon – is up for a major update soon. In fact, our spy photographers have seen a Tahoe High Country prototype testing a few months ago, so the next-generation models are most likely to hit the media limelight pretty soon.

2021 GMC Yukon Spied On The Street Hiding Its Sierra Face

Now, a Motor1.com reader called our attention to an Instagram post by c_zr1 – an alleged 2021 GMC Yukon Denali in what seems like a snapshot of a brochure or ad. The caption and words on the image were in Arabic, but a short trip to Google Translate revealed this translation of the accompanying caption: GMC Denali's imaginative design.

This brings us to the question: Is this the 2021 GMC Yukon Denali? Frankly, it's hard to tell. We have yet to see spy photos of the next Yukon, plus the recent Chevy Tahoe spy shots don't reveal too much in terms of design. The recent one, however, kind of told us that the grille of the range-topping High Country variant will have lots of chrome and the headlights would be smaller. With the Yukon Denali in parallel with this variant and by looking at the image above, everything adds up.

But then again, let's take everything with boatloads of salt. After all, the word imaginative could mean many things, including the fact that this could just be an artist rendering.

Meanwhile, The Current Yukon Is Still A Great Offering From GM:

While this alleged leaked image of the 2021 GMC Yukon Denali floats on the interweb, let's go back and check what's reported about the upcoming revamp of the full-size SUV. The biggest change on the Yukon and Tahoe would be the rear suspension setup, which was reported to change from live axle to multi-link independent type.

With this in mind, the Ford Expedition is up for some serious competition with the upcoming models. Let's just hope that they would look as good as the so-called leaked image above.