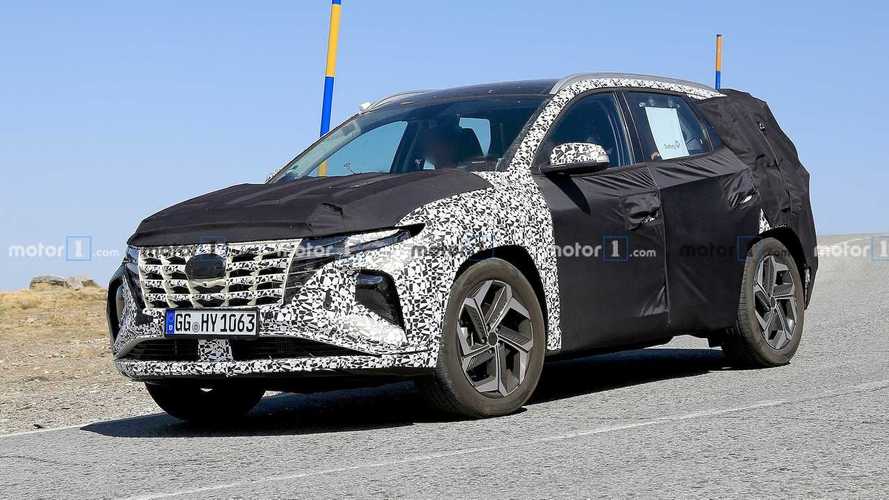 Those rims are looking good.

Hyundai is about done in expanding its crossover SUV lineup. The smallest of the high-riders, the Venue, has been revealed while the biggest, the Palisade, is taking the midsize crossover by storm. All is well and good until you set your sight on the Korean marque's second best-selling model – the Tucson.

Out of all the marque's crossovers, the Tucson is the most dated in terms of design and platform, but it won't be for long. Spy photos of the compact crossover have already surfaced, and this latest set reveals the most details yet.

This new set of spy images is somehow similar to the previous one that was released last month. Similar, but different. The wide cascading grille that flanks both narrow lights is still prominent, as well as the second tier of supposed headlights on the bottom bumper. The definitions on profile aren't prominent at this point, but we all know that the square-ish wheel wells are inherited by the 2021 Tucson.

This time around, there are three details revealed about the next-generation Tucson. First, the set of wheels are a huge jump from the current rim design options, albeit, it's still early to say that this will transcend to the production version.

Next, now we know that panoramic sunroof will be an option for the next-generation model, as seen on the prototype. Lastly, although the rear end is heavily covered, part of the taillights peak through small openings. Our spies speculate that the upcoming taillights might have a vertical orientation, but then again, it's too early to tell.

The next-generation Hyundai Tucson is expected to be revealed by the latter part of 2020 as a 2021MY. At this rate, we'll see more of the Tucson prototype in the months to come, shedding more of its camo and revealing more skin.