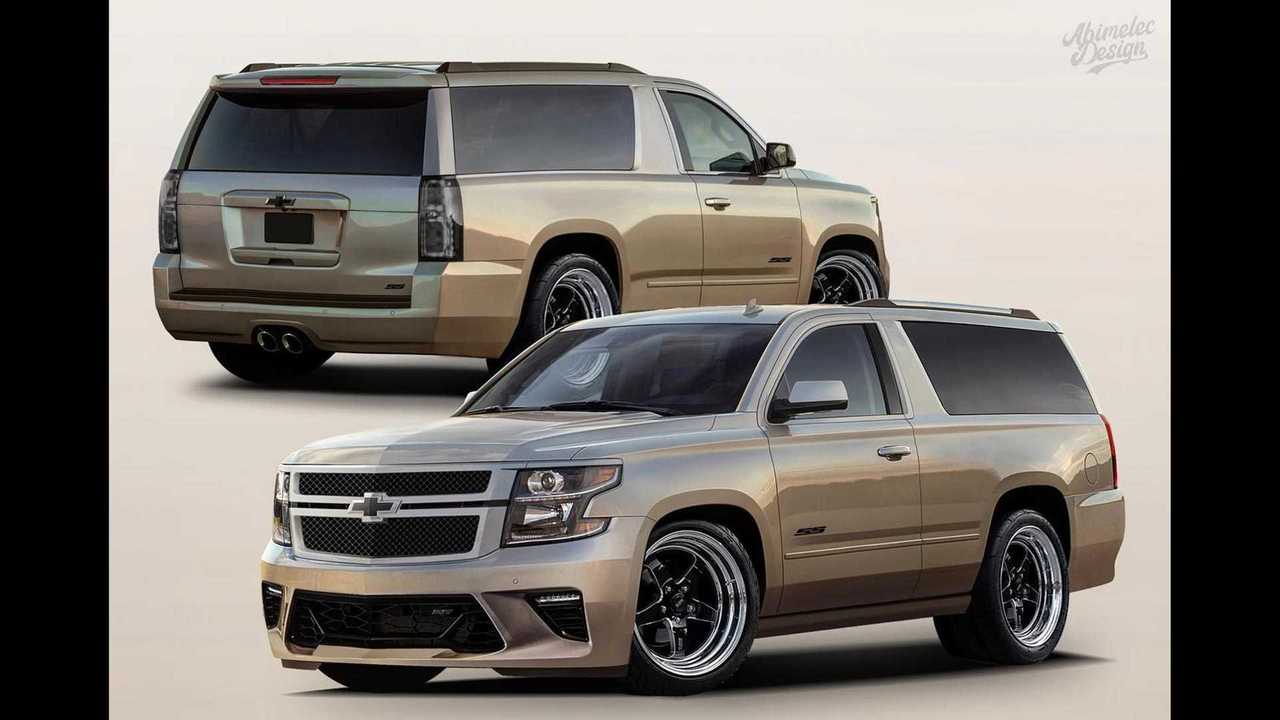 A Tahoe SS is a neat idea. Making it a two-door is an even wilder concept.

A new rendering from Abimelec Design imagines the return of the two-door Chevrolet Tahoe and gives this already interesting idea a sporty overhaul by creating an SS version of the SUV. This odd vehicle might not be just a rendering for long because the firm Custom Car Company is looking at putting it into production.

The Tahoe SS' design features an aggressive front fascia, which is the most noticeable styling change other than the switch to a two-door body. Black trim adorns the body, including the center of the grilles, badges, and some of the window trim. It rides on deep-dish wheels with polished rims and five, gloss-black spokes. The clear taillights are a passé styling touch but look alright in this application. As a final touch, there are a pair of center-exit exhaust pipes.

Custom Car Company's page for this vehicle shows Abimelec Design's rendering at this time but offers more details about what the firm intends to offer. The two-door Tahoe SS would use a twin-turbo engine, and there would be revisions to the brakes and suspension to cope with the extra power.

Check Out The Next-Gen Tahoe:

The first-gen Tahoe was available in both two- and four-door bodies. However, two-door SUVs are uncommon today, and the entire General Motors family of brands doesn't offer a single one in the United States currently. Therefore, it doesn't seem very likely for Chevy to revive the idea of selling a new two-door Tahoe.

A new generation of the Tahoe is on the way, though. Spy shots suggest that the styling is similar to the current one. There's a big change under the skin because the SUV now uses an independent rear suspension, rather than the existing live axle. The change should make riding in the Tahoe more comfortable. The 5.3- and 6.2-liter V8s reportedly carry over but probably get a 10-speed automatic gearbox, like on the 2020 Chevy Silverado pickup. A hybrid V8 might also join the range. Look for a debut in 2020 and for sales to start for the 2021 model year.