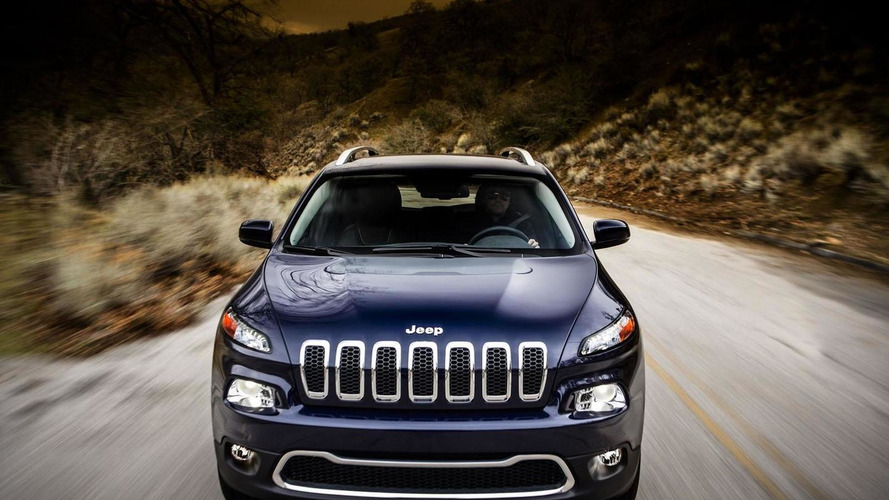 Jeep is doing some late night damage control as they have released official images of the 2014 Cherokee well ahead of its debut at the New York Auto Show.

Jeep is doing some late night damage control as they have released official images of the 2014 Cherokee well ahead of its debut at the New York Auto Show.

In a move designed to convince us it's not as ugly as we think, the press photos attempt to portray the model in the best light possible. That's no easy task, but the pictures show a higher-end variant that has more body-color trim than the models posted by Jalopnik earlier today. This, combined with lack of the shock factor, helps to make the model seem slightly less hideous.

While the Cherokee's design is sure be controversial, we can see the crossover will have a curved grille, slender headlights and a uniquely shaped hood. There's also plastic body cladding, chrome trim and a swoopy shoulder line.

Jeep declined to release powertrain specifications, but speculation suggests we can expect a 2.4-liter TigerShark four-cylinder and a 3.2-liter V6. There could also be a 2.0- and possibly 3.0-liter diesel for Europe. Regardless of the final offerings, Jeep says the model will have "best-in-class capability, exemplary on-road driving dynamics and fuel economy improvements of more than 45 percent versus the outgoing mid-size SUV model (aka Liberty)."

The 2014 Jeep Cherokee will be built at the company's plant in Toledo, Ohio and sales are slated to begin in the third quarter of 2013.