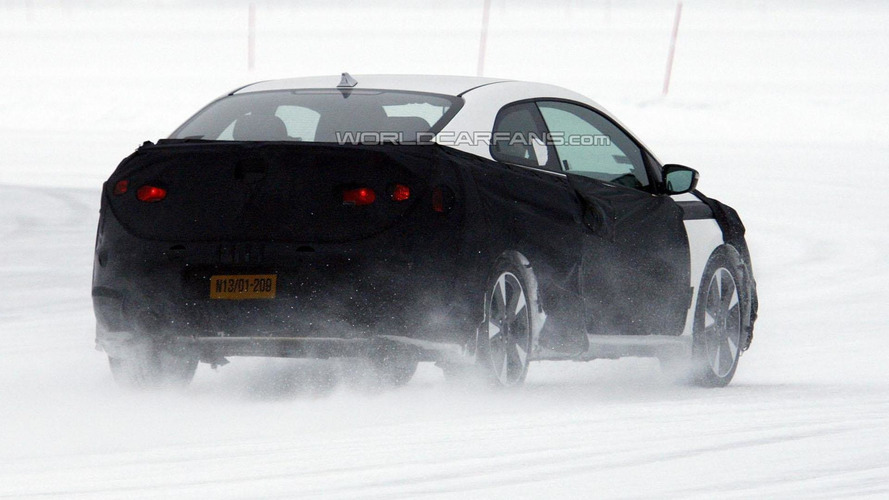 Dressed in heavy camouflage, the model appears to have an evolutionary design which closely mimics its predecessor. The disguise hides a lot of details but the model is expected to be heavily influenced by the Forte sedan that debuted at last year's Los Angeles Auto Show. As such, we can expect a prominent grille, LED-infused headlights and wraparound taillights.

Our spies weren't able to get close enough to snap interior photos, but the model is expected to have a driver-focused cockpit with a canted center stack and an upgraded infotainment system.

The Forte Koup is expected to be unveiled in the second quarter of 2013 with sales starting shortly thereafter.