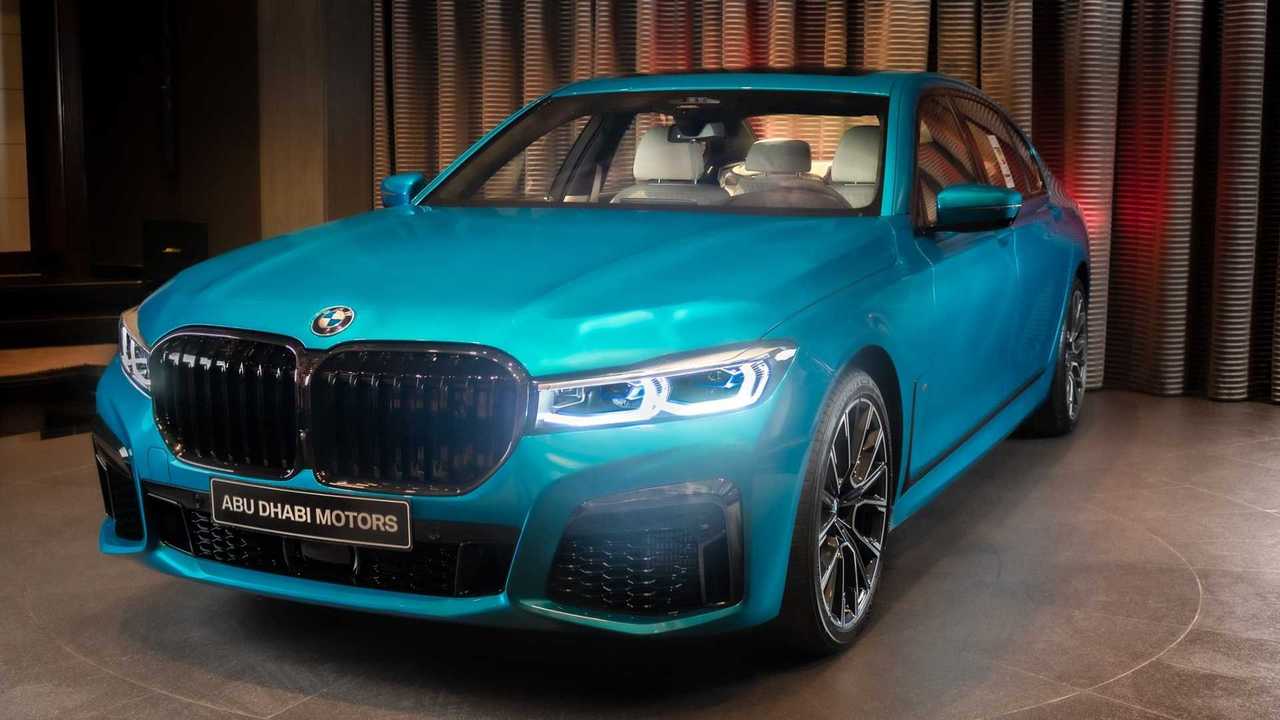 The V12 sedan has a long list of extras making it quite special.

A big-shot dealer like BMW Abu Dhabi Motors in the United Arab Emirates capital has access to the latest toys created by the Bavarians and over the years we’ve seen a plethora of highly specced BMW models at the famous UAE showroom. From small to big cars and from sedans to SUVs, the dealer is like an auto show exhibiting high-end Bimmers targeting deep-pocketed buyers.

The latest example is a 7 Series in the recently facelifted guise in the mighty M760Li flavor with the V12 engine. It’s the only twelve-cylinder BMW you can buy (well, excluding Rolls-Royces), and it’s an engine likely approaching the end of its run. The German automaker has said it’s “incredibly difficult” to keep it alive after 2023 due to stricter emissions regulations. Sales of the flagship 7 Series variant are not exactly high to justify the development costs of updating the powerhouse, so you might want to buy one while you still can – provided you have $157,700 to spare for a base M760Li.

But the car you’re seeing here is far from being a stock luxobarge as someone went all out when configuring the 600-horsepower machine. The classy Atlantis Blue exterior color works wonders on the stately sedan and it takes our eyes off the enormous kidney grille featuring a glossy black look. Its vibrant shade is contrasted by the other dark accents noticeable on the massive air intakes up front, the “hockey stick” on the side, and the quad exhaust tips at the back. The optional 20-inch wheels, laser adaptive LED headlights, M badges, and the glorious V12 logo on the C-pillar denote this isn’t your run-of-the-mill 740i or a 730d diesel sold in Europe.

The cabin is perhaps even more striking than the exterior due to its $4,000 Smoke White leather, which looks impeccable on what is essentially a brand new car. Regardless if it's a BMW or not, a white interior is more demanding as it requires a lot of upkeep over the years, but it’s understandable why some people decide to go with this look despite the drawbacks.

From the $5,750 Rear Executive Lounge Seating Package to the $3,400 Bower & Wilkins Diamond Surround Sound System, this is likely one of the most expensive 7 Series ever configured since it has nearly all of the bells and whistles. The dealer doesn’t say how much it costs, but we’re likely looking at an M760i that in the United States would get close to the $200,000 mark.

BMW's Range Topper Is A Supercar Among Sedans: