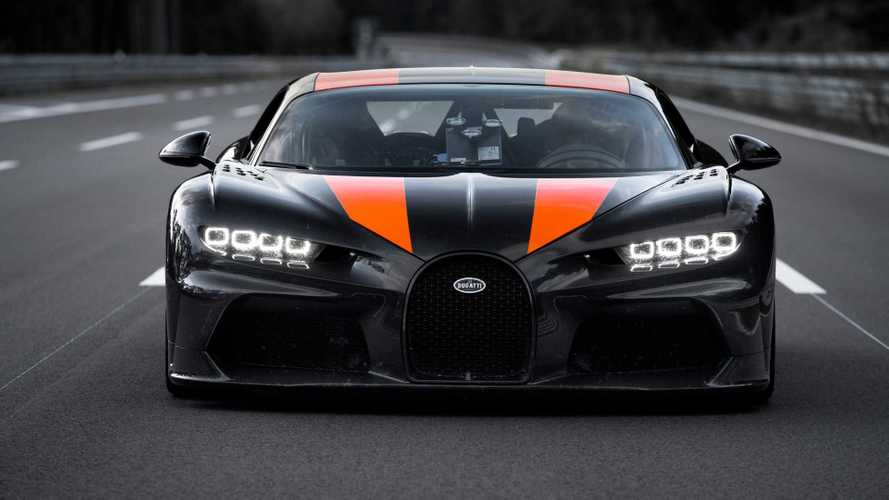 The Ehra-Lessien circuit has an odd quirk.

A special Bugatti Chiron Sport recently caused a stir by hitting 304.773 miles per hour (490.484 kilometers per hour) at the Ehra-Lessien test track. The brand made the odd decision only to run the car in one direction. Qualifying for a record, at least under Guinness World Record rules, requires making two attempts – one in each direction – and taking the average of the speeds.

The reason behind this choice, according to Top Gear, is due to an odd quirk of the Ehra-Lessien circuit. Years of testing there with cars running clockwise have allegedly resulted in a road surface that has a grain going in that direction. Going the other way at high speeds would have caused excess heat to build up in the tires, which would have been potentially dangerous.

Volkswagen Group execs wouldn't allow Bugatti to run the special Chiron Sport elsewhere due to safety concerns for hitting such speeds away from the test track, according to Top Gear.

Bugatti Is Done Trying To Go Faster, For Now:

The Chiron Sport for this top speed run is significantly different from the one available to customers. Dallara crafted a custom longtail body nearly 10 inches (25 centimeters) longer than stock. Bugatti also fitted a laser-controlled system for adjusting the ride height. The designers also rerouted the exhausts to reduce drag.

After lapping Ehra-Lessien, Bugatti announced that it was done chasing speed records. The goal was to go faster than 300 mph. With that done, the job is complete.

For now, the Koenigsegg Agera RS remains the record holder as the world's fastest production car. It achieved a two-run average of 277.9 mph (444.6 kph) on a closed stretch of Route 160 in Nevada. The company earned several other records at the same time.