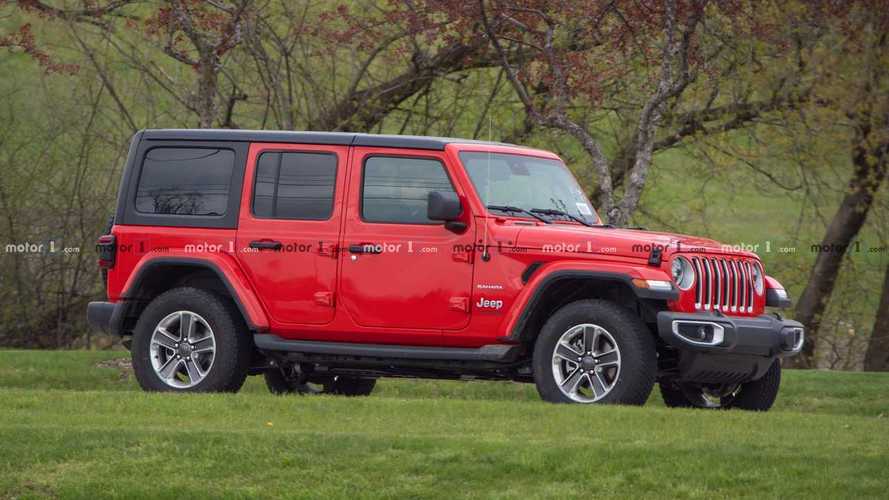 The 3.0-liter engine will only be available for the four-door Unlimited body style.

We knew it was coming, and now it’s almost here. Rumors of a diesel-fueled Wrangler date back to February 2013 when the JK generation was alive, but it’s only now for the fourth generation (JL) that Jeep is finally giving its iconic off-roader a torquey engine. Due to arrive in the United States by the end of the year, the 3.0-liter turbodiesel V6 will be available exclusively on the more practical four-door body style.

While some will be disappointed about the EcoDiesel being restricted to the Wrangler Unlimited, those people can at least take comfort from knowing Jeep will offer the engine with all trim levels. It’s set to produce 260 horsepower and an ample 442 pound-feet (600 Newton-meters) of torque, which is on a par in terms of hp with the new Ram 1500 EcoDiesel, but down by 38 lb-ft (52 Nm).

How does the diesel stack up against the Wrangler’s gasoline engines? The turbocharged inline-four 2.0-liter is rated at 270 hp and 295 lb-ft (400 Nm) whereas the naturally aspirated 3.6-liter V6 pumps out 285 hp and 260 lb-ft (353 Nm). Over in Europe, the Wrangler-based Gladiator pickup truck is available exclusively with this engine and has the same specifications. Like the Euro-spec Gladiator, the diesel Wrangler in North America has all-wheel drive and an eight-speed automatic transmission with start/stop.

As Car and Driver rightfully points out, fuel efficiency should be considerably better compared to the gasoline Wranglers, which return as much as 21 miles per gallon in the combined cycle in the case of the turbo-four and up to 20 mpg for the Pentastar mill.

An Electrified Version Is Planned:

Pricing details have not been disclosed, but prepare to pay a significant premium taking into account the diesel engine is an extra $4,995 option on the 2020 Ram 1500.

Also new for the 2020MY Wrangler are two special editions that were revealed yesterday – the return of the Willys and a first-ever Black & Tan.