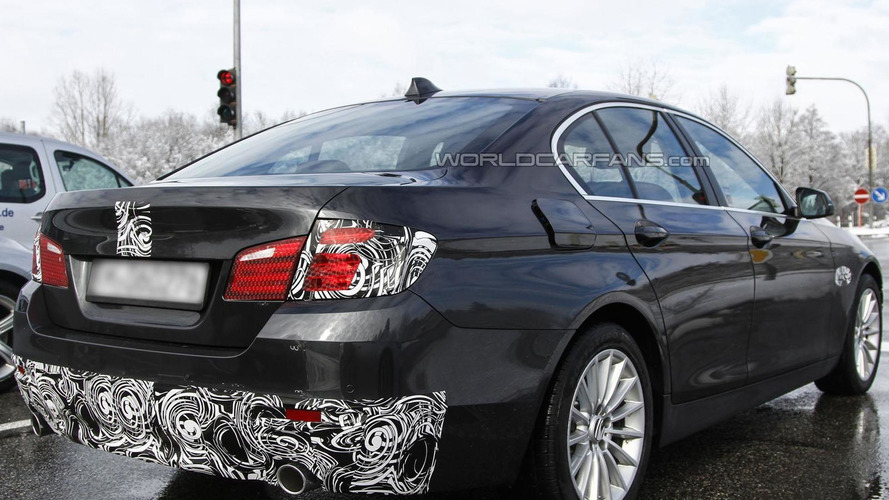 Set to battle the facelifted Mercedes E-Class, the 5-Series will receive a minor nip/tuck that appears to include a new front bumper and a revised grille. Out back, we can expect a new rear skirt and possibly some updated taillights.

The exterior styling isn't anything to write home about, but the model could gain some interior updates including an upgraded infotainment system.

Engine options could carryover, but we could see a new addition or two. There has also been speculation that the turbocharged 3.0-liter six-cylinder engine in the 535i could get an increased output of 316 hp (235 kW).

The 2014 BMW 5-Series could be unveiled at the Geneva Motor Show, before being launched later this spring.