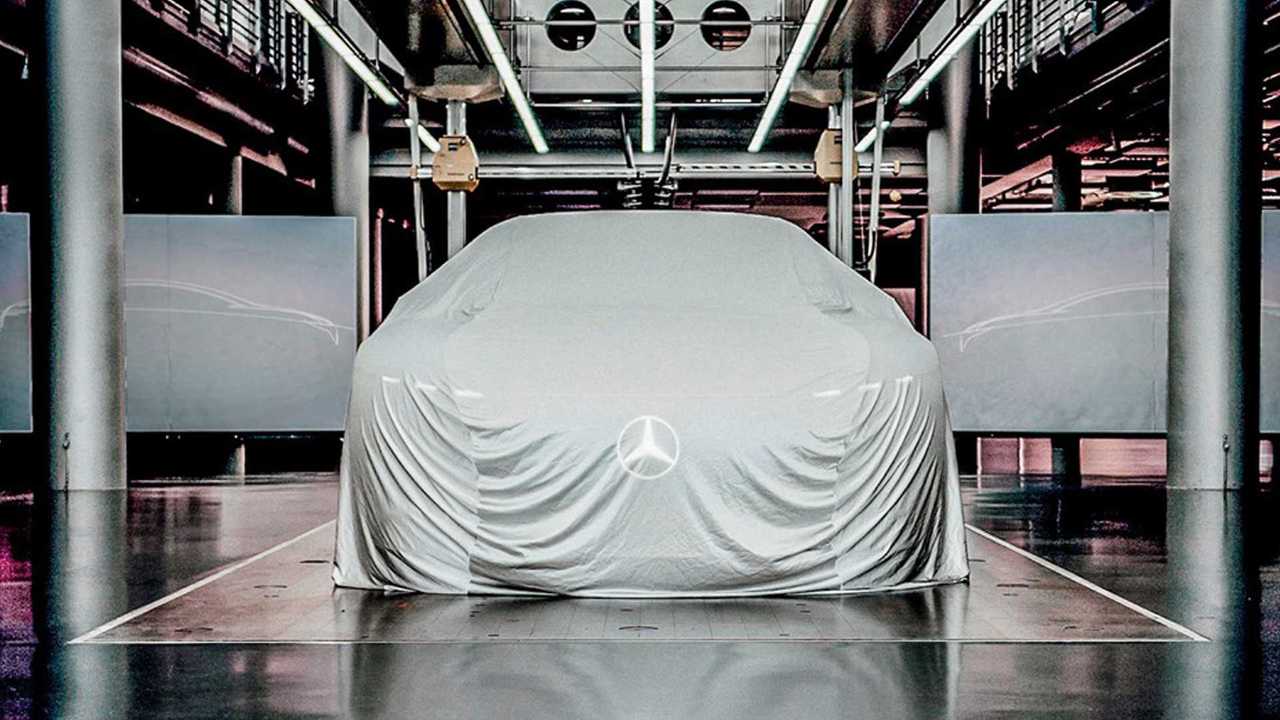 All will be revealed next week.

The teaser campaign for the 2019 Frankfurt Motor Show is well underway, and Mercedes-Benz is the next automaker to offer a not-so-subtle nod that something interesting is coming. The manufacturer took to social media this afternoon with a couple of teaser photos showing a sleek shape– both in real-life (albeit under a cover) and as a rough sketch. The not-subtle part comes from Merc’s accompanying post that identifies this car as something from its all-electric EQ team.

Fresh Teasers Are Out:

In all likelihood, this is the company’s EQ concept vehicle – possibly called the EQS – that Mercedes already confirmed would debut at the German motoring show. The EQS name is unofficial at this point, though based on spy shots of silent prototypes we’ve seen running around, the proportions of this electric car match up well with the current S-Class sedan. It also appears to have hidden, pop-up door handles like the next S-Class will, suggesting this concept isn’t just another electric car. Rather, it could well preview what Mercedes has in store for a flagship lluxury EV sedan.

Mercedes Is Full-Speed Ahead On EVs:

Mercedes EQS Caught As The Sleek S-Class Of Electric Vehicles

That doesn’t mean it’s simply going to be a S-Class with batteries. Our spy sources believe it will have its own aluminum-intensive platform built to be electrified from day one. Dual electric motors will power front and rear axles for all-wheel drive, though power output is unknown at this time. Same is true for the interior layout, though you can bet it will be an ultra-modern greenhouse filled with touch screens.

The teaser photos offer little in the way of exterior clues, but the shape does look quite fetching. With just over a week until media debuts begin dropping ahead of Frankfurt, we won’t have long to wait before getting full disclosure on this fresh Mercedes concept.