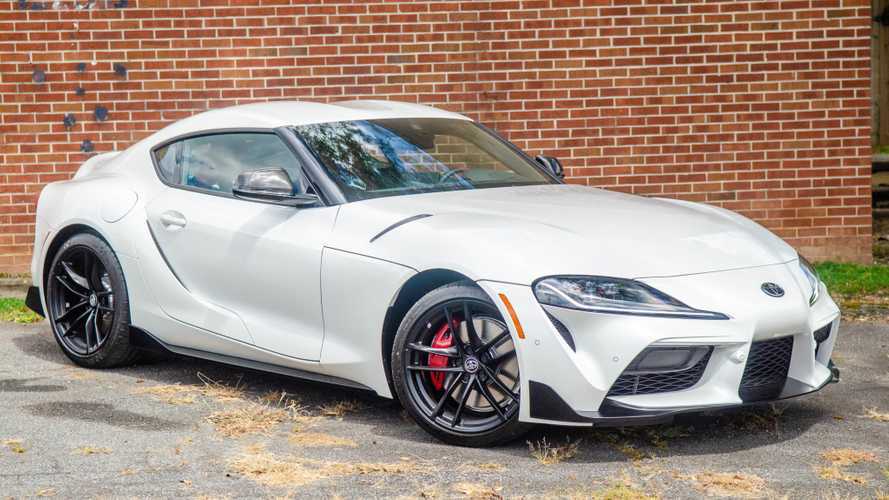 The car failed to meet the seller's reserve price.

Update: After a week of bidding on the site Bring A Trailer, this Toyota Supra Launch Edition failed to meet reserve. The highest of 11 bids was $56,700. That price puts it at a mere $1,450 over the factory MSRP of $55,250. No word on what the reserve number, though, with other Supra sellers asking close to six figures and over, our best guess is that this seller was hoping for something similar.

Vehicles on the site Bring A Trailer often sell for exorbitant prices. An Acura Integra Type R won't cost $65,500 in any real-world situation, nor should a Honda CRX set you back $33,600. But those familiar with what we in the industry call the "Bring A Trailer Bump," use the site's brand power to cash in, and the dealership listing this brand-new Toyota Supra Launch Edition clearly has dollar signs in its eyes.

This one-of-1,500 Toyota Supra Launch Edition (number 996) listed on Bring A Trailer has a current high bid of $50,550 in just one day. That's a bit less than the Supra Launch Edition's asking price of $55,250, but with six days left on the auction – and undoubtedly a steep reserve – we don't expect that price to stick. We can only imagine how much this car might bring in when it's all said and done.

Like all Launch Edition Supras, this one comes standard with the otherwise optional Driver Assist package and carbon-fiber mirror caps. Outside of that, this Supra wears the same 19-inch forged aluminum wheels wrapped in Michelin Pilot Super Sport tires (255/35 front and 275/35 rear) found throughout the range and wields the same turbocharged 3.0-liter inline-six producing 335 horsepower (250 kilowatts).

But this brand-new Supra, with 23 miles on the odometer, could sell for more based on markups we've seen. One dealer wants $100,000 for the limited Launch Edition Supra, or nearly double the MSRP. We'll keep a close eye on this one, but expect a final selling price of six figures.