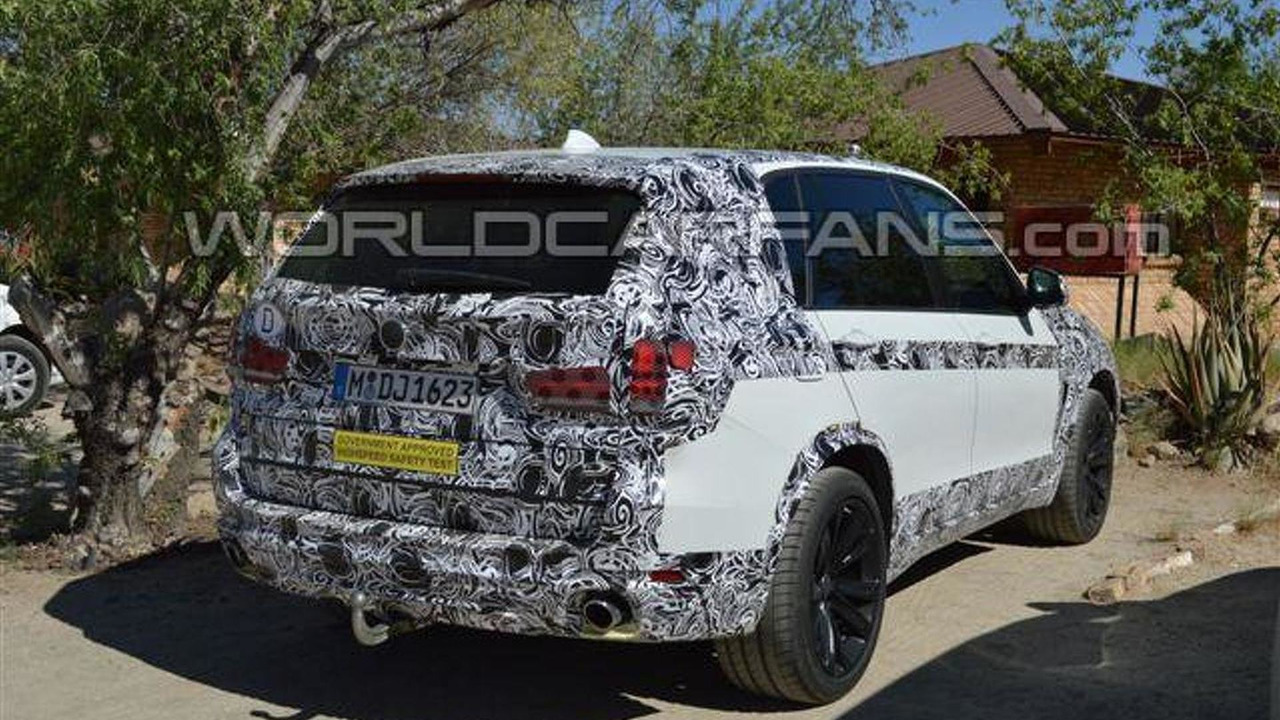 Two WCF readers have sent us some very interesting spy shots of various BMW models, along with the new MINI Cooper.

Two WCF readers have sent us some very interesting spy shots of various BMW models, along with the new MINI Cooper, taken in South Africa.

The hottest car spotted in these photos is the production version of the i8 which will be powered by a 3-cylinder turbo gasoline engine working together with an electric motor. The setup should allow the hybrid supercar to run the 0-62 mph (0-100 km/h) sprint in 4.8 seconds.

Next one is the new generation of the BMW X5 which will get a 3-Series-inspired front fascia and a front bumper with air vents on both sides. At the back it will feature X3-like taillights, as well as a more upscale interior cabin.

The BMW 5-Series facelift can also be seen in these spy photos, showing minor revisions compared to the current model. The front bumper will suffer some modest modifications, just like the taillights. A mild makeover is also expected for the kidney grille, headlamps and mirror caps.

Set for an unveiling sometime this week, the next-gen MINI Cooper hardtop will grow in size and will be sold with a wide array of engines, including a 1.5-liter 3-cylinder with 128 hp (96 kW) and 148 hp (110 kW) in diesel and gasoline versions.

There's also a blue camouflaged BMW which most likely is the 4-Series Coupe, while sitting next to the i8 is what appears to be the 5-Series GT facelift. Near the 5-Series GT is another car and we assume is the next generation of the BMW X6.

Many thanks go to DV and Andrew for sending the pics!