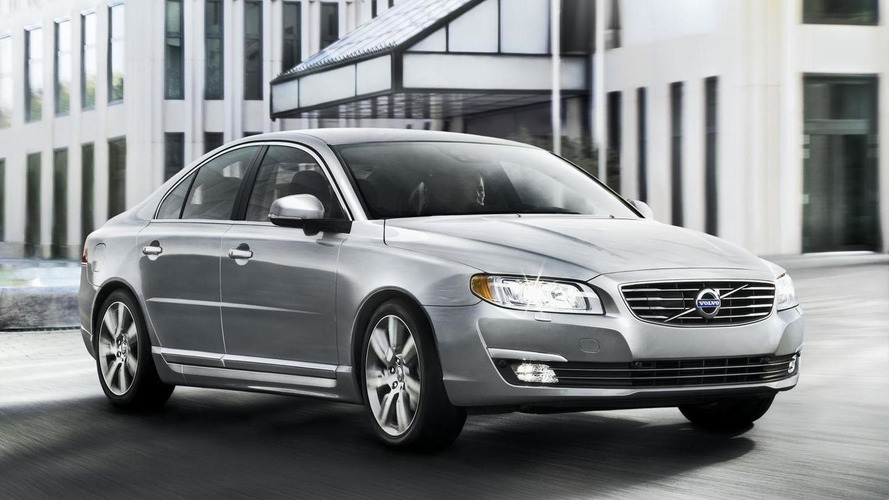 Volvo has officially taken the wraps off the facelifted V70, XC70 and S80. They feature revised styling and an updated interior.

Volvo has officially taken the wraps off the facelifted V70, XC70 and S80.

Set to debut in Geneva, the V70 and S80 have an updated design with new bumpers that have a "stretched effect" to make the cars appear lower and wider. The XC70 eschews this trend, but gains additional plastic body cladding on the front bumper. All three models also have a revised grille, new tail lights and additional chrome / matte silver trim.

Interior changes are relatively limited but include a digital instrumentcluster and a "Sensus Connected Touch" infotainment system with a 7-inch display. The latter device offers internet connectivity so users can browse the web, access Google Maps and stream internet radio.

New options include Active High Beam Control (which automatically switches the headlights between high and low beams), a heated windscreen, a heated three-spoke steering wheel and an extensive array of IntelliSafe systems.

Under the hood, the engine lineup has been revised for reduced fuel consumption and lower emissions. Key choices include: