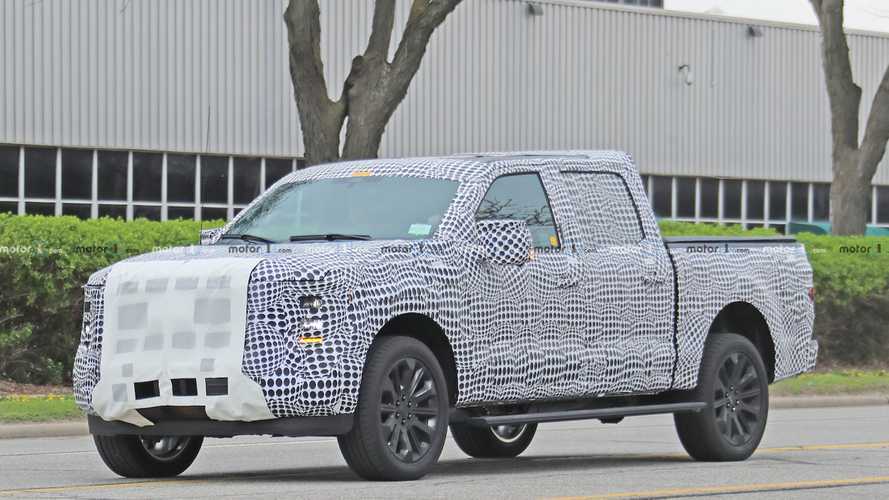 In a recent development in the truck arms race, reports indicate that Ford’s next-generation F-150 is going to increase the size of its touch screen by 50%. This is in direct response to RAM’s implementation of a large touch screen and a clear indication of where future Ford interiors will end up.

With the increase in touch screen use across the automotive industry, it’s no surprise that Ford’s future F-150 is going all-in on touch screen tech. With the implementation of a larger screen, Ford can not only integrate new features but also clear the F-150’s interior of extra buttons.

When RAM debuted the latest generation RAM 1500 truck which uses a 12.0-inch it completely changed the truck interior game. Ford is eager to catch up with the debut of its next-generation F150 which will use a screen of similar size or larger.

Touch screens are not always the answer to perfect interior controls. The need to dig through menus on a touchscreen to control simple interior functions can be frustrating and dangerous. Hopefully, Ford can keep certain features like the climate control functions off the screen and strike a balance with feature implementation.

The F-150’s versatility from humble work truck to an aspirational luxury vehicle means that we shouldn’t expect to see large touch screens across the lineup. Instead, higher trim level F-150s like the Platinum or top-level Limited trim will most likely be the first trucks to see this new tech. We’d expect this larger screen to be an optional extra on lower-trim F-150s where a smaller unit will come as standard.