The last hurrah for the Daimler-only Smarts.

When Daimler announced that it will collaborate with Geely to ensure the future of Smart, the company has confirmed that it's giving its small city car brand another chance. Everything's set in stone – Daimler will design the car while Geely, the parent owner of Lotus and Volvo, will engineer the car. More importantly, the two carmakers decided to drop the combustion engine in Smart's range, turning future Smart vehicles into an all-electric lineup.

However, the revamped lineup will only surface by 2022. Daimler is giving its EQ ForTwo and ForFour cars a final facelift before the Geely takeover – and you're looking at the teaser sketches before the reveal at the 2019 Frankfurt Motor Show.

The changes in the Daimler-only Smart's final hurrah point towards the future of the brand. The modernized styling, along with the reshaped bonnet and rear bumpers, gives the city slicker a more compelling look, albeit, the sketches showcase larger-than-life proportions. Expect some interior upgrades, too, such as better infotainment and a possibility of wireless charging.

Aside from the aesthetic updates, the Smart EQ ForTwo and ForFour models are expected to get an improved range. The outgoing models only have a 70-mile range from the 22 kWh battery, which is far too short for a modern electric vehicle.

What's In Store For Smart In The Years To Come?

Smart Too Clever For Its Own Good, Leaving U.S. Market After 2019

Of note, developments in battery technology are underway to harness the improvement in range and charging time. There's not report, however, about an increase or boost to Smart's 82-horsepower (61-kiloWatt) electric motor.

The facelifted Smart EQ ForTwo and ForFour are expected to be revealed at the 2019 Frankfurt Motor Show, which will happen on September 12 to 22, 2019. After this model year, expect a new breed of Smart vehicles, under the pen of Daimler and engineering of Geely. 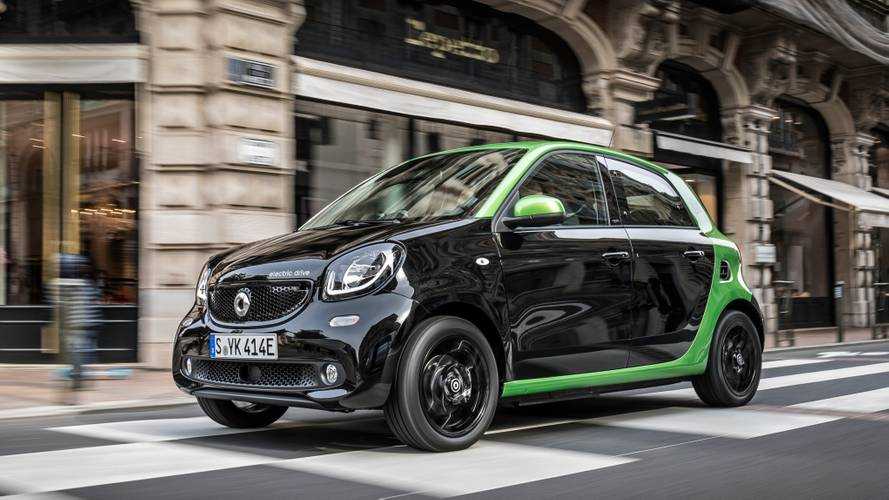