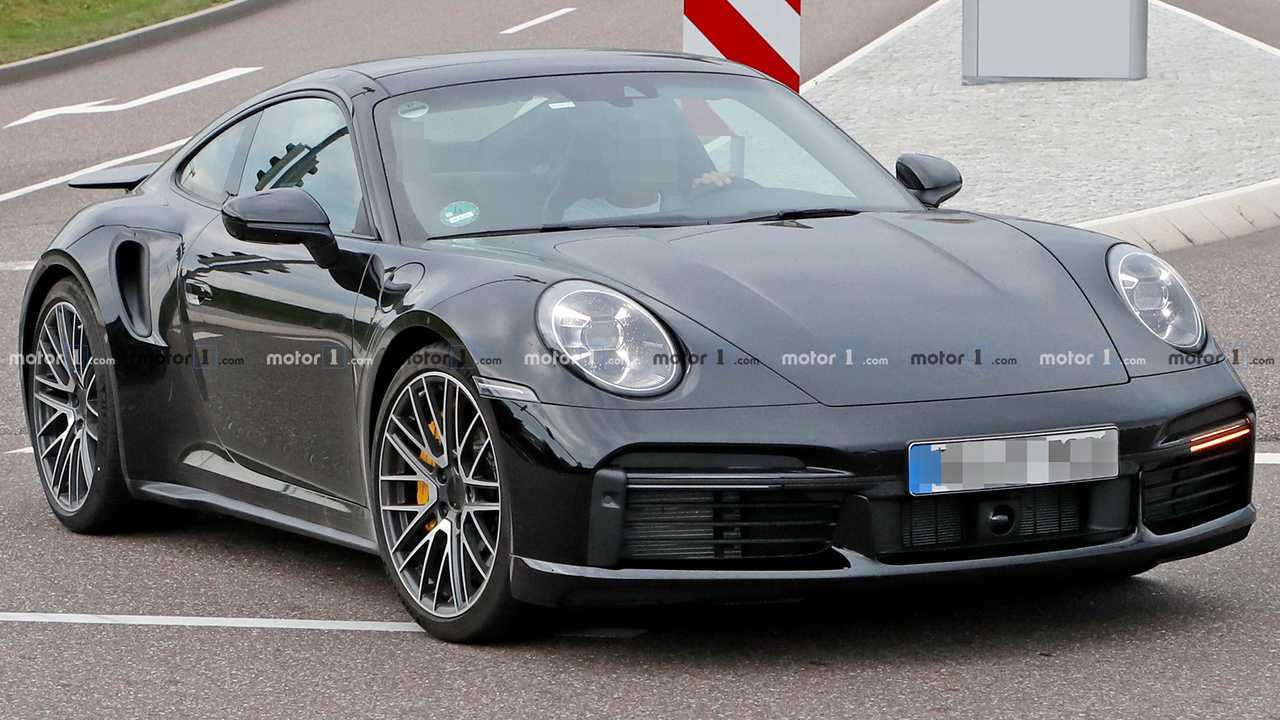 The biggest changes from the 911 Carrera are at the back where the Turbo has different fenders and rear bumper.

A new batch of spy shots provides a fabulous look at the next-gen Porsche 911 Turbo. This car appears to wear almost no camouflage, except for small panels at each side of the taillights.

The front end of the new 911 Turbo looks similar to the latest Carrera. The major difference in the front is in the fascia where there are larger openings for the gaps between the turn signals and the bumper's bodywork.

The bigger visual differences between the Turbo and Carrera are at the rear. The fenders are larger and have inlets in them. There's also a more prominent active rear wing, rather than the Carrera's design that simply tips up and down. Big outlets in the bumper are also a major alteration.

These photos don't provide a great view of the Turbo's interior. Looking through the windows into the cabin, there are no major visible alterations from the Carrera, though. Possible changes might include some different trim and more thickly bolstered seats.

The new 911 Turbo's powertrain is reportedly an updated version of the current 3.8-liter twin-turbo flat-six engine. Rumors suggest the mill makes 600 horsepower (447 kilowatts) for the standard version. The more potent Turbo S allegedly produces around 640 hp (477 kW). The drivetrain would probably consist of an eight-speed dual-clutch gearbox and all-wheel drive.

Since Porsche's development team uses so little camouflage on this test mule and there are so many earlier spy shots of the vehicle, the new 911 Turbo's debut could be very soon. The Frankfurt Motor Show happens in September and could be a perfect spot for an unveiling. The Turbo Convertible is also on the way, but don't look for a reveal until after the hardtop.