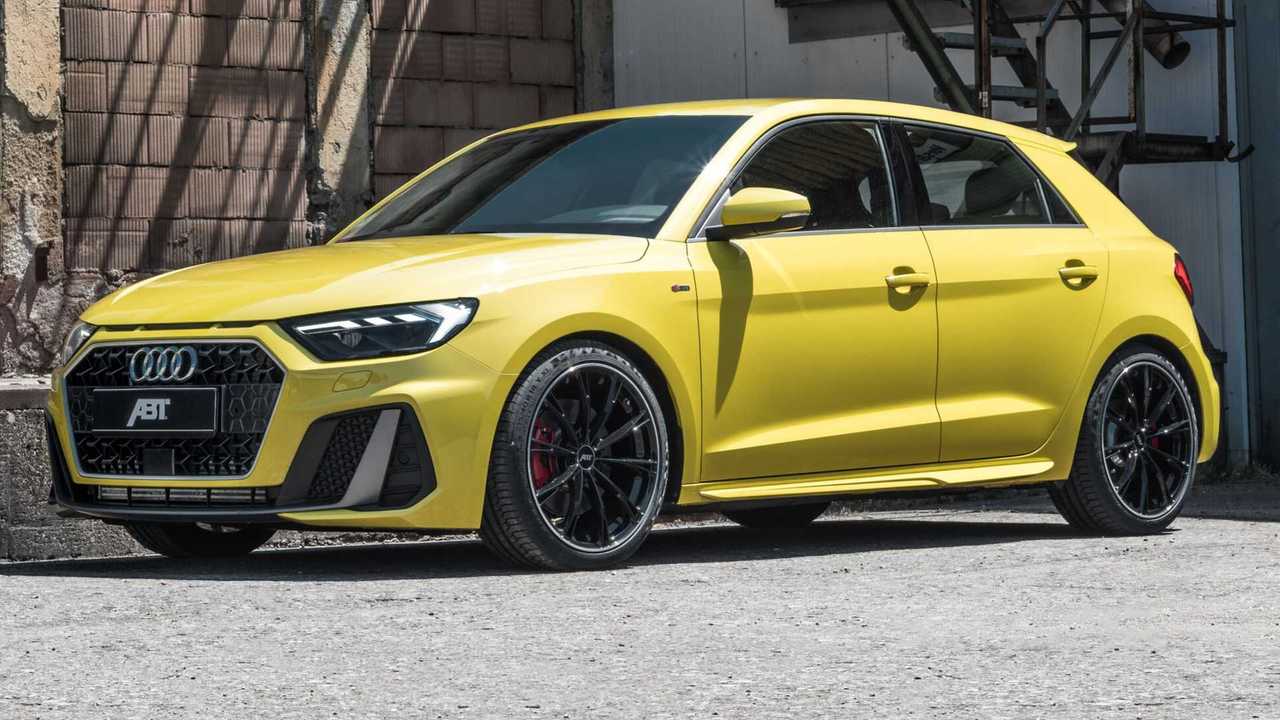 ABT adds horsepower and torque to Audi's stylish supermini.

Audi fans with a soft spot for hot hatchbacks were sad when their favorite car brand announced nearly a year ago about not planning to develop a new S1 Sportback. Citing high costs, the Four Rings have decided against a new performance-oriented variant of their latest supermini, which means the VW Polo GTI-engined version will remain the top dog in the lineup. Like in the model from Wolfsburg, it offers 197 horsepower and 236 pound-feet (320 Newton-meters) of torque from a turbocharged 2.0-liter engine.

Should you need a bit more oomph, German tuner ABT has developed an upgrade kit tailored to the A1 and its rather confusing “40 TFSI” official model designation. As you may recall, Audi’s updated nomenclature refers to the “40 TFSI” badge being used on gasoline-fueled models with engine output varying between 125 to 150 kilowatts (167 to 201 horsepower).

Gallery: Audi A1 Sportback by ABT

Beyond the power boost, ABT installed a set of suspension springs lowering the premium subcompact hatchback by as much as 30 millimeters (1.18 inches) to enable a more aggressive stance enhanced by the 18-inch custom wheels featuring a glossy black finish.

All About Audi's Smallest Car:

SEAT Kicks Off Production Of... New Audi A1

Compared to the previous-generation S1 Sportback, ABT’s modified A1 has an extra 8 ponies, but it’s down on torque by 7 lb-ft (10 Nm). The differences in output are not telling the whole story because the old S1 had Audi Sport’s traditional Quattro all-wheel-drive system, whereas the most potent A1 on sale today is still stuck with a FWD layout. Even the Allroad-inspired A1 Citycarver sends its power to the front wheels.

As a final note, the most exciting A1 ever built by Audi was the special-edition A1 Quattro launched at the end of 2011 with a meaty 252 hp and a production run limited to just 333 cars.