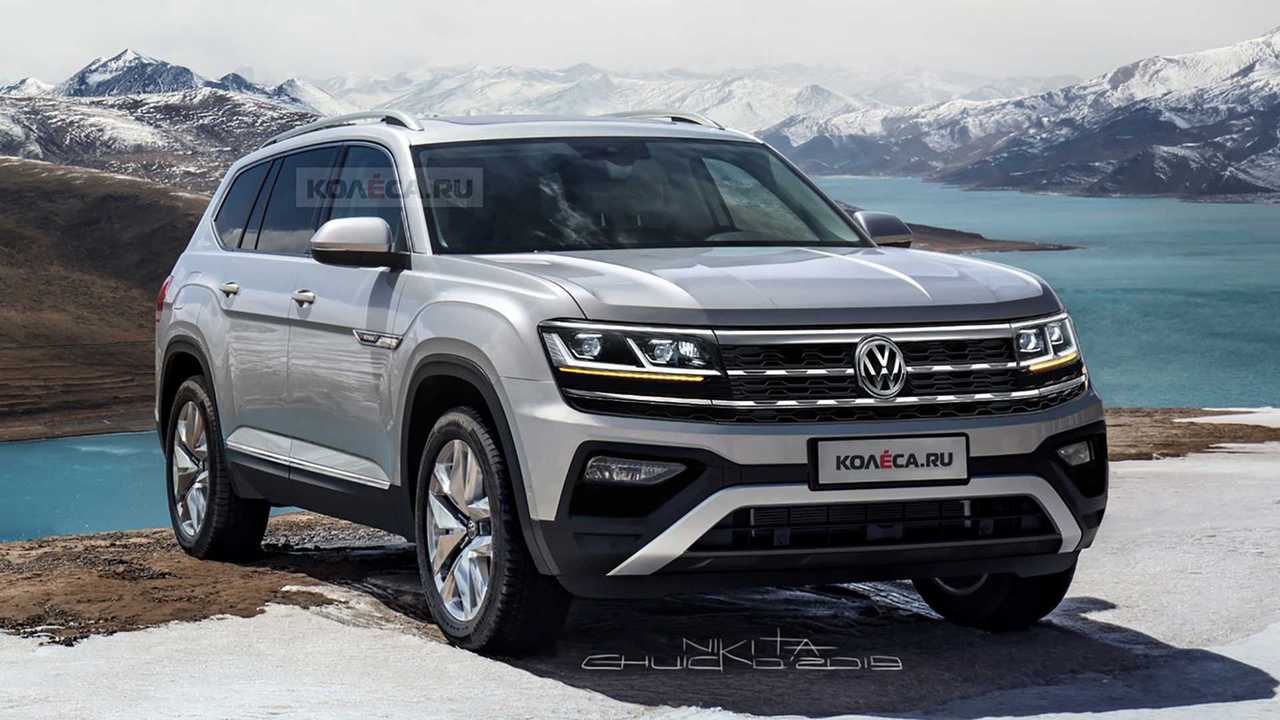 Last week, our spy photographers captured a lightly camouflaged VW Atlas testing in Death Valley, California. Only the front clip and rear fascia were covered in black-and-white camo, hinting at a subtle refresh coming down the pipe. Our colleagues from Kolesa.ru, an impatient bunch, made a rendering of what the 2021 Atlas could look like when it’s revealed. If it’s difficult to see how this Atlas differs from the one currently on the market, you’re not alone. The changes are subtle.

Catch Up On The Latest VW News:

Volkswagen T-Roc Cabriolet Is Ready To Rock Out In Frankfurt

The spy photos hinted at a larger grille, new headlights, and an updated front fascia. Those are all present on the Atlas rendering, including the vertically oriented driving lamps pushed to the lower corners of the front fascia. The rendering gives the three-row SUV more presence than the outgoing model, though maybe that’s from the exterior color choice contrasted with the darker front design elements in the rendering. Things are much understated at the rear. The only changes we spotted in the spy photos were the redesigned taillights.

Other changes between the 2020 and 2021 Volkswagen are not known. There’s a possibility the interior could receive a minor update, too. Powertrains also remain a mystery. However, there’s a good chance the current powertrains will carry over unchanged. That would give future Atlas buyers a choice between a 2.0-liter turbo four-cylinder producing 235 horsepower (175 kilowatts), or a 3.6-liter V6 pumping out 276 hp (206 kW). Both will likely pair with the same eight-speed automatic transmission that will power the front or all four wheels.

The updated styling is similar to that of the Atlas Cross Sport, a two-row version of the SUV we drove earlier this year. It’s slated to hit the market for the 2020 model year. This means we’d likely see the refreshed regular Atlas debut early-to-mid next year as a 2021 model.