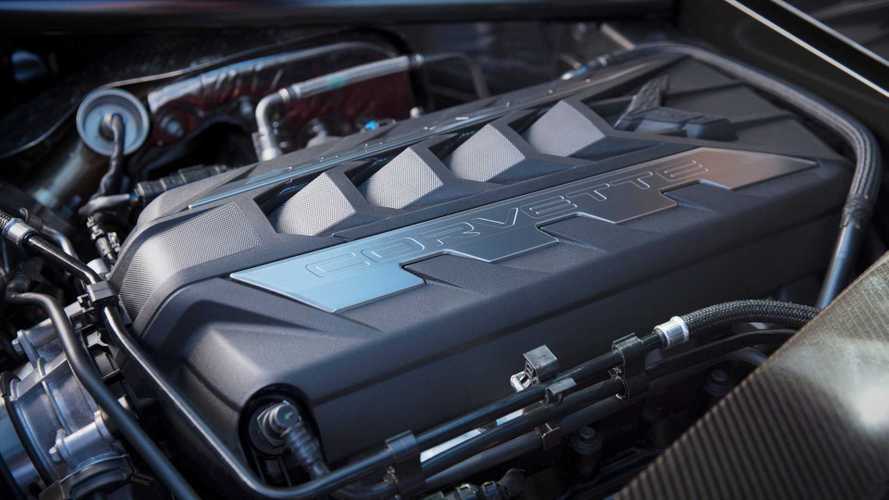 Take this all with a very large, possibly yellowed grain of salt.

We’re only halfway through the week, but it’s been filled with C8 Chevy Corvette rumors. It started with talk about an 800-horsepower Z06 running a high-revving, flat-plane crank V8. Then we heard from another source that this was actually leaked information for the next Corvette ZR1. Now, a Corvette Forum member with the username StevenStarke claims to have the lowdown on future Corvette engines, from designations to horsepower.

Before going any further, we need to express some serious skepticism on this alleged leak. For starters, StevenStarke even implies doubt by posting he “won’t even try to speak for the validity…” and says the info comes from “…a guy who knows a guy.” The photos show a range of stats that appear to come from an unformatted Microsoft Excel spreadsheet, a program which you’ll find on just about every PC-based computer in the world. Several horsepower ratings are listed for a variety of engine displacements and designations, though the one we actually know about – the 490-horsepower LT2 V8 – is listed with 469 hp. The timing of the leak is also extremely convenient, appearing just as rumors of C8 Z06 and ZR1 models are racing around the internet. So yeah, take what you’re about to read with a grain of salt.

Still, it’s a possible leak about the next evolution for Corvette’s future, so for what it’s worth, we present the info here. The photos appear to show a range of engines used in the current C7, along with mills listed as having a mid-engine rear-drive (MR) configuration. Mixed in the soup of stats are a few standout items, specifically a 5.5-liter 32-valve V8 showing three configurations – naturally aspirated, turbocharged, and hybrid – and a 6.2-liter V8 hybrid. Yes, this sheet suggests the C8 will get more than one hybrid powertrain, which is another strike in our book for this being legit.

Of the 5.5-liter DOHC engines, the naturally aspirated version is listed with an LT6 designation, producing 600 hp and 620 pound-feet of torque, with power peaking at just 5,000 rpm. If that seems wonky, you’re not wrong. The current LT2 pushrod V8 makes its peak power at 6,450 rpm so yeah, 5,000 revs is suspiciously low for our taste, never mind the high torque figure. It gets crazier from there, because the turbocharged version (dubbed LT7, which we’ll assume is actually a twin-turbo setup) supposedly makes 850 hp at the same 5,000 rpm.The craziest of all is the 5.5-liter hybrid, which keeps the identical hp and RPM figures, but pushes torque to 922 pound-feet. As for the alleged 6.2-liter hybrid V8, this leak publishes the exact same stats as the standard 6.2-liter.

Now, it is possible this leak is an early clip of GM benchmark data for engines. That could explain why the LT2’s figures don’t match what we already know. Furthermore, the hybrid stats could be simply referring to what the gasoline engine produces as opposed to a combined output. But if that’s the case, why does the torque figure differ on the hybrid LT7? And again, these RPM ratings for a double overhead camshaft engine are laughably low.

At least now you have the full word on this alleged C8 engine leak. Do the figures make sense to you? Let’s do some math in the comments.