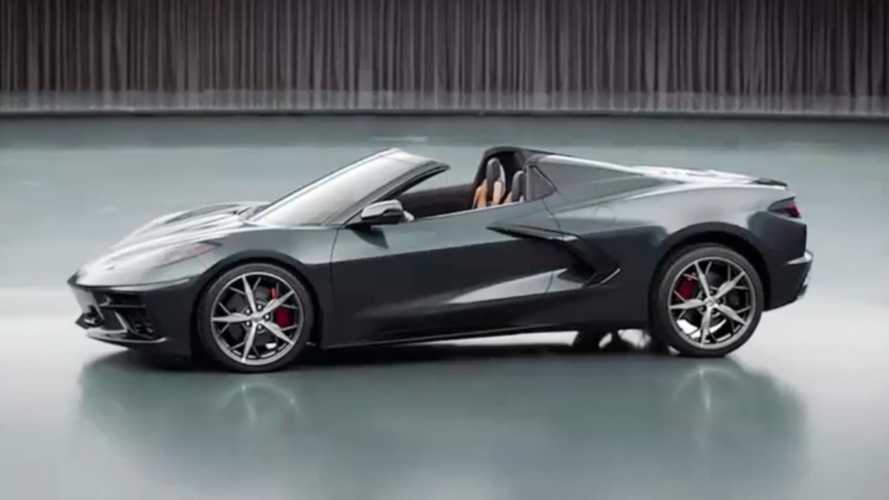 It's a modest increase, but the numbers are unofficial at this point.

As of this article posting on August 28, there are literally thousands of Corvettes gathered in Pennsylvania for Corvettes at Carlisle. As with most large events like this, it’s not uncommon for automakers to have personnel mixed in with the action, both officially and unofficially. Yesterday, we reported on a thread at Corvette Forum filled with photos that claimed to show all kinds of C8 statistics, apparently brought to the show by a GM engineer. We were focused on the mid-engine Corvette’s quarter-mile time and speed, but then we noticed something else – dry weight and curb weight for the as-yet unrevealed convertible.

As with pretty much any vehicle, adding a folding roof also adds weight and the C8 is no exception. According to these unofficial figures, the droptop ‘Vette has a curb weight of 3,637 pounds, which is 102 pounds heavier than the listed weight for the standard 2020 Stingray coupe. The Z51 Performance Package shows up on this document adding a bit of weight as well, with 3,577 lbs listed for what we assume is the coupe. Logic would then suggest that a 2020 Corvette convertible with the Z51 package and a full tank of gas weighs 3,679 lbs.

Again, these numbers are seriously unofficial at the point, but the photos posted at Corvette Forum look pretty legit. The numbers also make sense, as the C8 will utilize a folding hardtop arrangement as opposed to the soft top on previous ‘Vettes. The extra mechanisms and components do add weight, though with a removable roof panel already available on the coupe, it’s unclear if GM will need to reinforce the C8’s structure as well.

GM included some quick-frame teaser images of the new C8 convertible in its debut video, and we’ve also caught a few drop-top prototypes on the street with the roof buttoned up. A reveal date for the model hasn’t been offered yet, but Chevrolet surprised us a couple years ago with a ZR1 convertible at the Los Angeles Auto Show in late November. We wouldn’t be shocked if the 2020 Stingray convertible makes a similar debut.