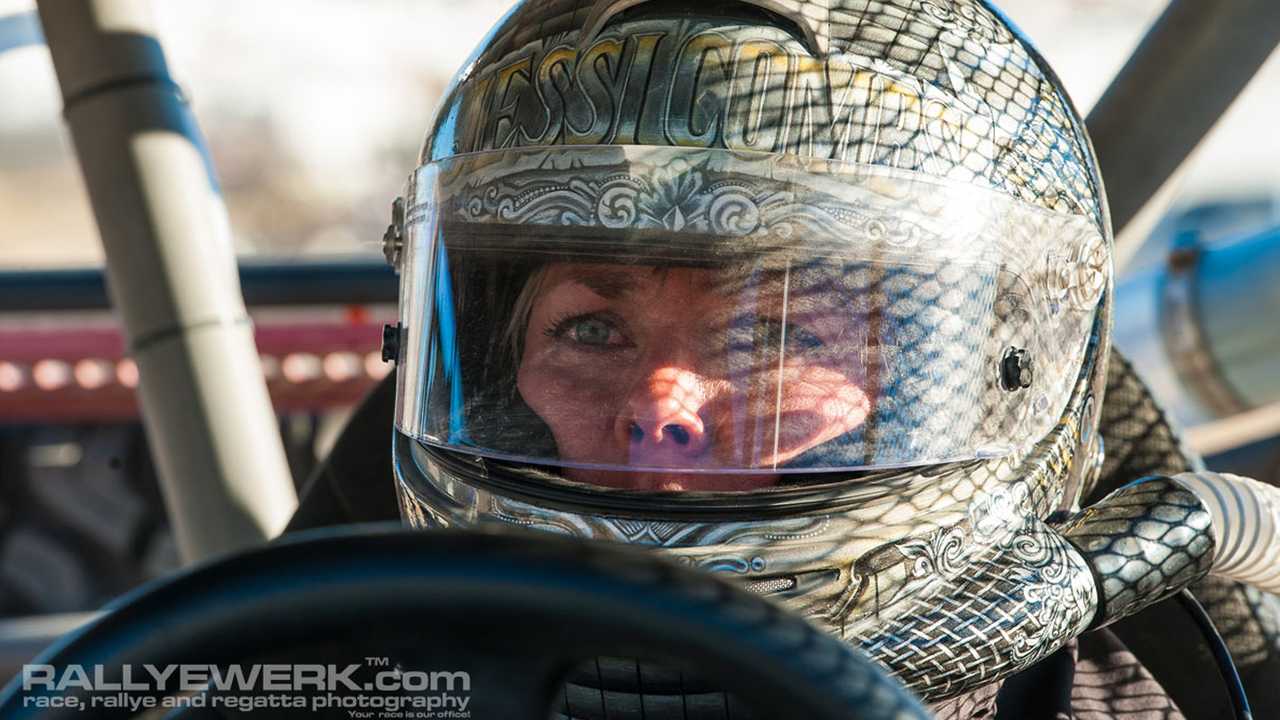 The TV personality and "fastest woman on four wheels" crashed during a speed run yesterday in Oregon.

We have tragic news to report from the world of autos and racing. Jessi Combs, famed racer, skilled fabricator, lover of all things automotive, and the “fastest woman on four wheels,” as reportedly died while attempting to set a new land speed record in Oregon. She was just 39 years old.

Word of a fatal crash on the Alvord Desert during a land speed record attempt on August 27 surfaced yesterday from KTVZ News. The dry lakebed is located in the southeast portion of the state and is an area where Combs set previous records. The local news report doesn’t identify Combs, and as of this posting there's been no official announcement regarding her passing, but a member of her racing team confirmed the tragedy this morning on Instagram.

In an extremely male-dominated segment, Combs broke the glass ceiling as a powerful role model and source of inspiration for women and men in the automotive world. Aside from her racing expertise, she was a top graduate of WyoTech – a world-famous automotive school where she excelled in collision repair and refinishing, street rod fabrication, and performance applications. She’s arguably best known for her numerous television appearances including Overhaulin’, Xtreme 4x4, Mythbusters, and All Girls Garage.

Details of the accident aren’t known. According to Jalopnik she was attempting to best her previous speed record of 398 mph, which she set in 2013. She had made a few attempts since that record pass with one attempt in 2018 seeing her exceed 483 mph, though it couldn’t be followed up to make it official.

Combs was known to some of us on the Motor1.com staff, and while any loss is tragic, this one certainly hits home. She was a larger-than-life personality who was simultaneously down-to-earth, and she will be deeply missed. We offer our condolences to her family, friends, and fans around the world.