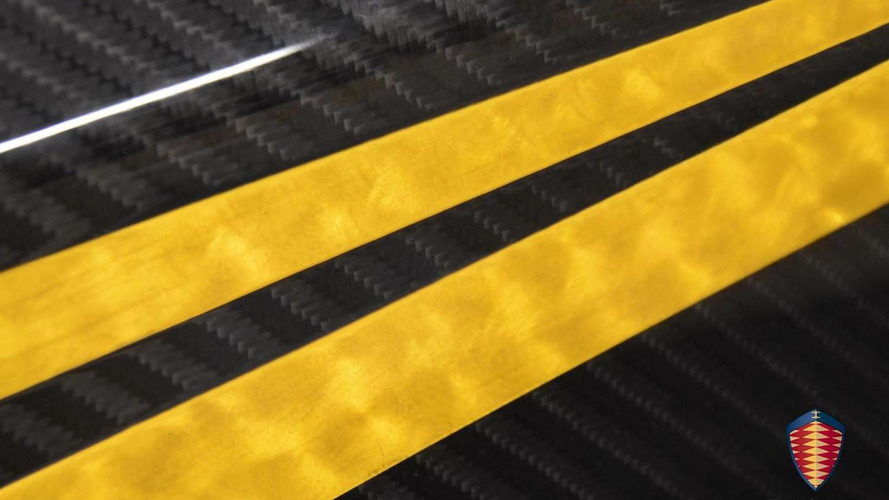 Koenigsegg has released a teaser photo of a new model/special edition scheduled to arrive next month in Geneva.

Koenigsegg has released a teaser photo of a new model/special edition scheduled to arrive next month in Geneva.

The Swedish supercar maker hasn't released any details about what they're planning for March but they invite us to "celebrate 0 – 100 – 10" at the auto show. The teaser photo shows a clear-coated carbon fiber body panel featuring two gold stripes.

Last year in Geneva they introduced the 2013 Agera R and since then we have seen several special editions such as the Agera R Hundra, One:1 and Agera S. The Agera R Hundra has been officially revealed to celebrate the firm's 100th production car so no point in releasing a teaser.

The One:1 is certainly not the car teased here as Christian von Koenigsegg previously said it's a limited-run China-only model and it wouldn't make sense bringing to Geneva. The Agera S also doesn't seem to be teased here because the spy photos didn't show any carbon fiber body panels.

As a result, Koenigsegg is probably teasing yet another special edition of the Agera, most likely with a lower curb weight thanks to the carbon fiber body panels. It might also come with the one-piece carbon fiber wheels seen on the Agera S.