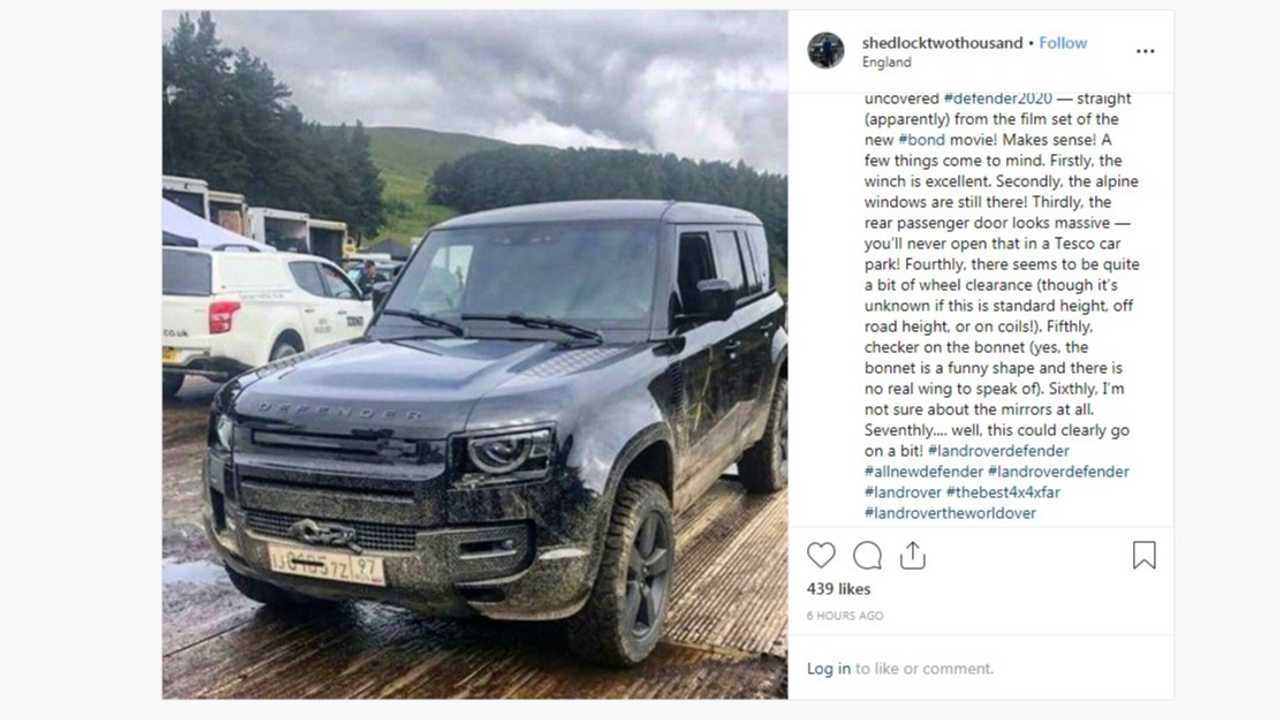 As boxy as ever, but with a significantly more modern design.

After seeing an interior mockup back in February that was followed months later by the vehicle’s silhouette as shown on the instrument cluster, the all-new Defender is back in another leak courtesy of Instagram user shedlocktwothousand. Caught on the movie set for the 25th James Bond motion picture dubbed “No Time To Die,” the reputable off-roader didn’t have any sort of camouflage on its boxy body, thus revealing quite a lot of its design.

It appears the next-generation Defender will retain the boxy shape of its legendary predecessor, but with a far more modern twist considering the design appears to be more line with current Range Rover models. The basic round headlights of the old-school Defender are now a thing of the past as the 2020 model will adopt square clusters lending it a more rugged appearance.

Other noticeable traits include the flat hood (with chequered plates and a slight bulge), front winch, chunky wheel arches, and what seem to be the traditional Alpine windows, although they’re less visible here due to the Defender’s black body. The SUV appears to have some serious suspension travel judging by the gap in the wheel arch, while the ground clearance is also quite generous – ideal for some hardcore off-roading trips.

Overall, we’re getting the feeling the next-gen Defender has borrowed design traits from the DC100 concept from many moons ago, which can be both a good and a bad thing depending on whether you’re a fan of the 2011 showcar. While it does look more sophisticated than the old one, we’re sure some would’ve wanted Land Rover to retain more of the Defender’s workhorse vibe.

It doesn’t come as a surprise the Defender 110 was seen on the movie set because reports say this will be the first version to go on sale in October, with the smaller Defender 90 to follow in March 2020 and the large eight-seat Defender 130 in about a year from now. The latter is expected to carry over the wheelbase of the 110, but feature an extended length likely due to an elongated rear overhang enabling more cargo capacity.

Meanwhile, Land Rover will unveil the Defender 110 next month to take on another thoroughly modernized reputable SUV that has been around for decades, the Mercedes G-Class.